THE WOLF OF WALL STREET

“It takes three hours to tell a banal and venal story that held my attention for fifteen minutes.”

A Martin Scorsese(“Kundun”/”Taxi Driver”/”Goodfellas”) rare misfire, that reeks of superficiality and exploitation. It’s loosely based on the 2007 memoir by the sleazeball confidence manJordan Belfort. It’s written by Terence Winter, as if an infomercial on Wall Street greed and excess. It takes three hours to tell a story that held my attention for fifteen minutes. The pic follows the rise to riches of the perverted New York stock broker Jordan Belfort (Leonardo DiCaprio), who realizes his version of the American Dream by becoming a stock scam operator and living a life of greed, hedonism, drugs and hookers.

Confidence man Jordan becomes filthy rich in 1987, after the stock market crash, and survives through the early 1990s by operating an unregulated penny stocks sales in a Long Island auto garage. Brought into his hustle operation is his neighbor Donnie Azoff (Jonah Hill).At 26, Jordan’s worth 49 million dollars, gained from cheating his ‘small player’ clients. Jordan then has higher aspirations, as he startsthe Stratton Oakmont. It’s also a Long Island firm but now interested in hustling wealthier clients with blue chip stocks.Matthew McConaughey has a funny cameo as a fast-talking unscrupulous broker, who was Jordan’s superior mentor. Rob Reiner plays Jordan’s more cautious dad. Jon Bernthal is noticeably wearing a Jewish religious chain around his neck, as one of Azoff’s wild pals.It’s a repelling film about a rat who swindled investors out of hundreds of millions of dollars, and the pic has nothing more intelligent to say than all the other recent pics about high-living Wall Street creeps. Everyone in it but the FBI agent is a piece of crap. These obscene confidence men helped destroy the economy of the country and their illegal actions are indefensible, but no voice is found here to tell the story of the suffering of all the vics. What Scorcese gives us is a nauseating tableaux of the Wall Street sharks in action at both work and at home. We see their lavish lifestyles and the harm they did to Wall Street by pulling off this fugazzi. 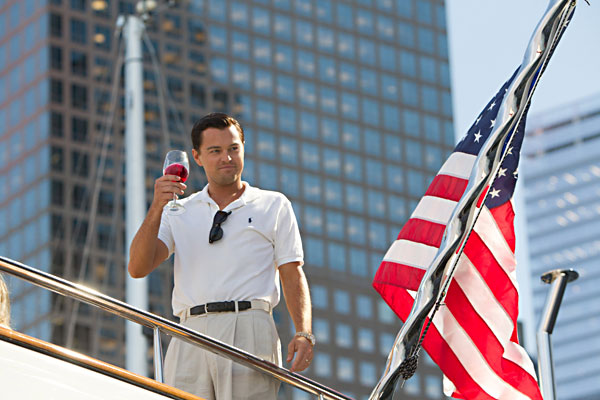