“A flawed but flashy social commentary drama played as a satire on this century’s pop culture scene.”

Reviewed by Dennis SchwartzA flawed but flashy social commentary drama played as a satire on this century’s pop culture scene. It probes the pluses and minuses about pop culture celebrities, but lacks the insights to back its convictions with anything fresh to say about its cliche-laden presentation. Incoherent but energetically directed by actor-turned-director Brady Corbet (“The Childhood of a Leader”), it at least has an eye-catching performance by Natalie Portman as a hardened rock diva who goes ballistic when crossed. Willem Dafoe is the narrator. In 1999 Celeste (Raffey Cassidy, also the pop icon’s daughter in the second half), the 13-year-old musical prodigy from Staten Island, N.Y., and her older sister Eleanor (Stacy Martin) get through a violent school shooting incident, where Celeste is seriously injured when a teen shooter bursts into her class and kills the teacher and leaves her with a bullet permanently housed in her spine (with school shootings shown as a sad phenomenon of the new century, but could lead to celebrity for vics who could take advantage of such situations). The teenage Celeste writes with her sister a soulful song about the senseless school shooting and performs it at the vigil for those slain. Record companies take notice and recruit her. Quickly after the school tragedy she loses her childish innocence to reach stardom as a talented but ruthless teenage glitter-wearing, weirdly dressed pop singer-songwriter, with sister Eleanor as co-songwriter. Jude Law is Celeste’s chosen sleazy manager (who sleeps with her sister and sells her talent to the highest bidder), as the pic jumps around from rocker LA video shoots to studio recording sessions in swinging Stockholm. When knocked-up by a Brit rocker Celeste gives birth to a daughter. We then follow the singer at 31, in 2017, (now played by Natalie Portman) as the disillusioned singer mounts a career comeback after a scandal, a bout with madness and alcoholism, and when given another chance to be a good mom. After a mass shooting by terrorists in Croatia wearing masks copied from one of her hit videos, Celeste’s again reminded of how dangerous a place the world still is. At one point the entertainer says out of frustration: “I don’t want people to think, I just want them to feel good”. That just may be the point of the lightweight film that tries to say much but says little.Portman’s dance routines were richly choreographed by her husband Benjamin Millepied. Sia and Scott Walker provide the loud music. For those who don’t buy into A Star is Born hokum, they have this opposite kind of showbiz hokum to glom onto. In any case, you have an entertaining and energetic film even if also an empty one. If I dare say, it compares Celeste’s personal suffering with those living through the country’s 9/11 trauma (which was too much of a reach for me to buy into). 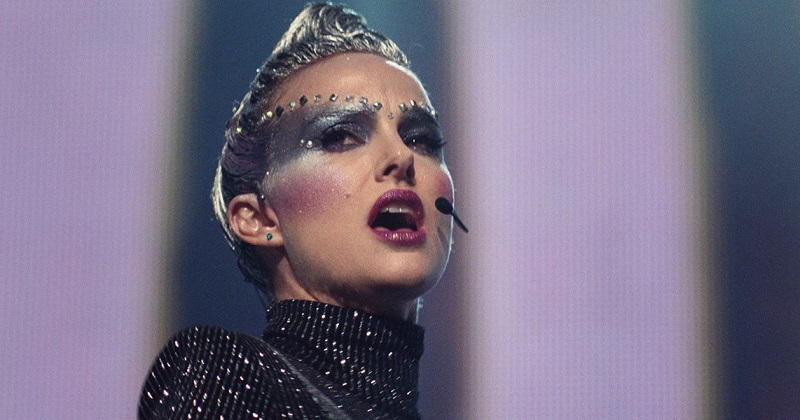 WAY WAY BACK, THE