The Robert Zemeckis(“Polar Express”/”Forrest Gump”/”Cast Away”) inspirational true story is filmed in a buoyant and lighthearted manner. The story is told from the p.o.v of the performer, the egotistical but likable obsessed daredevil high-wire artist Philippe Petit (Joseph Gordon-Levitt). He’s the young Frenchman who became an international pop-culture legend after his incredible risky feat received headline coverage throughout the world. Philippe and his motley crew worked in secret to place a steel cable between the twin towers of the World Trade Center. Thereby Philippe was able to successfully walk across the large gap during the early morning hours of Aug. 7, 1974. The illegal stunt on the WTC’s 110th floor, performed without a net, is the centerpiece of the pic. The hour leading up to that is slow-going, but the pleasure derived from ‘the walk’ itself, so wonderfully recreated onscreen, made me forget about my earlier complaints.

A running commentary of The Walk is provided by Joseph Gordon-Levitt, while sporting a heavy French accent and seated on the torch atop of the Statue of Liberty. It begins in 1973, in Paris. Philippe is a multi-talented street mime artist, a career move which did not please his middle-class parents. Flashbacks show at an earlier period Philippe was mentored in the hire-wire by Papa Rudy (Ben Kingsley), the Czech circus performer performing in Paris. While doing his street act, Philippe is attracted to a busker named Annie (Charlotte Le Bon), who becomes his girlfriend and main supporter when he aspires to do his WTC stunt while it’s still under construction. A group of enablers, he calls accomplices, are lined up in Paris (Clement Sibony & Cesar Domboy) and more ‘coup’ helpers are added in NYC (Steve Valentine & Benedict Samuel). How the tightrope artist rigs things up and gets access to the site by posing as a construction architect is carried off with the same precision as the casino burglars used in “Ocean’s Eleven.”

The human interest pic takes us to great heights because of its splendid special effects, the outstanding visual way it uses 3D and the hyperbolic performance of Gordon-Levitt.Also, one can’t help but be reminded of the 9/11 tragedy. Because Zemeckis paints such a pretty picture of the WTC, the upbeat story serves to eulogize it forever.

It’sbased on the memoir “To Reach the Clouds” by Philippe Petit..Zemeckis and Christopher Browne co-wrote the screenplay. In 2008, .James Marsh shot the event as a documentary called “Man on Wire,” covering the same subject but in a more moving and deeper way. 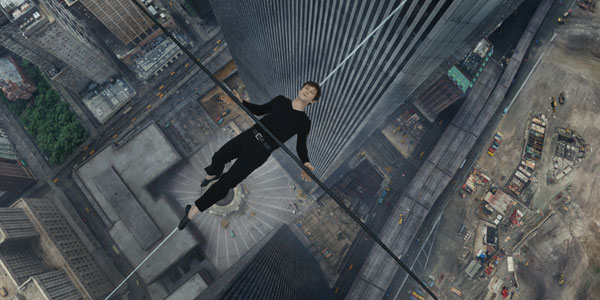 MY NAME IS JOE