“It has the look and feel of one of those middle-brow art-house films.”

The story is set in a grimy town in the Lorraine region of northern France in the spring of 1912. A group of tired workers in the foundry are seen finishing their shift, walking through puddles, and coming home to their wives. There is a buzz among the workers about an advertised obstacle race sponsored by the foundry, with an unannounced prize going to the winner. When Horty (Martinez) wins for the third year in a row the president of the foundry, Simeon (Didier), tells him he won an all-expenses paid trip to Southampton, England, to watch the maiden launching of the Titanic. The only catch is that he will have to leave his loving wife Zoe (Romane) behind.

While staying in the best hotel in Southampton, on the night before the ship leaves, Horty meets a chambermaid on the Titanic, Marie (Aitana Sanchez Gijon), when she knocks on his door and tells him she needs a room to stay because there are no hotel rooms available. Since she is a gorgeous brunette, he invites her to stay the night with him. Instead of questioning her motives for coming to his room he falls in love with her, offering her his bed – he’ll sleep in a chair. What doesn’t happen that night is that he doesn’t make love to her, putting her too much on a pedestal as an ideal woman and not understanding that she’s a prostitute. Horty will, instead, obtain a photograph of her to keep as a memento of the trip when he returns home.

At home, Horty becomes upset with his job promotion to maintenance work, where he will now have a softer job than working the furnaces. He is upset because he wonders why he got this promotion. Horty is susceptible to the rumors circulating that his wife slept with Simeon while he was away. So Horty heads for the bar for some consolation, and when all his cohorts there see the photo of the chambermaid, they want to hear how he had sex with her. The soft spoken, almost inarticulate, Adonis-like, Horty, soon can’t stand telling the men nothing happened and starts embellishing the story, where it comes out that he made love to her 12 times that night and he did it to her in very exciting ways. Lies become the theme of the film as it is examined how harmless or necessary they are for people, especially since most people live hum-drum lives and could use a little imagination to liven things up. People also lie because they feel hurt about things and think that by lying they can make themselves feel better.

Horty has become a local attraction at the bar, drawing crowds nightly to hear his stories. This upsets Zoe, as she is as convinced by his stories as everyone else is, as she believes that Horty is madly in love with the memory of a woman who probably perished when the Titanic went down. This lie has changed Horty’s life; it torments him when he starts thinking of Marie’s beauty and of his wife sleeping with the boss. When Horty gets fired he soon finds that a promoter of traveling theater acts, Zeppe (Maccione), hires him on as a storyteller, even as he tells both the promoter and his wife, that he made these stories up. His wife agrees to go along with the storytelling act, when she sees how much money there is in it.

The Spanish director, Bigas Luna (Jamon, Jamon/Golden Balls/The Tit and the Moon), known to make unconventional and sexually implicit films has apparently toned down his act here, shooting for satire as his only proverbial fish in the barrel to shoot at.

Not only did I find this film a bore, the acting uninspiring, and the motif unconvincing; but, what annoyed me most was that there was scene after scene of Horty telling his inane story of his dying love for Marie to an audience that pays to hear this so they can have a good cry over it. It seemed to be pushing in the audience’s face what the director was supposedly satirizing.

The film is a parody of a need people have to hear great stories, whether they are true or not, which might be a good idea on which to anchor a film; but, this one had no heartbeat. The melodramatic soapy romantic story, just never sailed gracefully across the ocean. The film was never able to be poetic or articulate about the point it was trying to make, instead it just settled for looking good. There was just no passion to be found in all these handsome stars. It has the look and feel of one of those middle-brow art-house films. 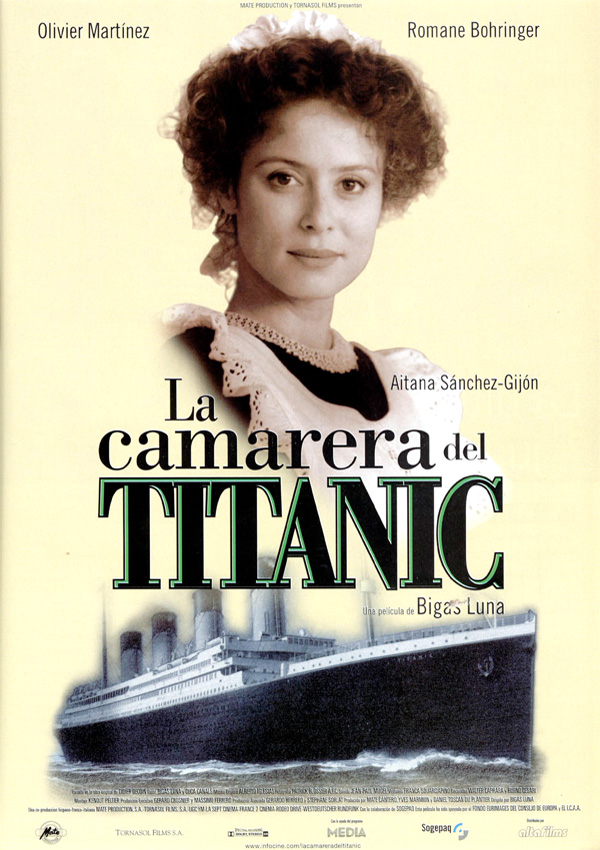