Controversial filmmaker Oliver Stone (“JFK”/”Platoon”) directs a modern film noir based on the book Stray Dogs by John Ridley. It’s a small film, with small ideas–trying to outwit a Jim Thompson noir story by going the extra mile in absurd dialogue. Stone experiments with style instead of being provocative or exploring ideas, using a frenetically fast-pace and the catchy photographic techniques of rapid editing he tried unsuccessfully with Natural Born Killers. He is also reaching for laughs, but mainly this is a bad trip flick that feels like it could be an MTV vehicle geared for those with short attention spans.

Bobby Cooper (Sean Penn) is a drifter on his way to Las Vegas to deliver to the Russian mob a satchel full of loan shark money to pay back his gambling debt, having learned his lesson the hard way by losing two fingers to the mob for his previous unpaid debts. Unfortunately Bobby’s Mustang breaks down in this dumpy little dusty town ironically called, Superior, Arizona. Not wasting any time while he waits for his car to be repaired, he either seduces or is seduced by the sexy femme fatale Grace (Jennifer Lopez). She’s the town slut whose rich businessman hubby Jake (Nick Nolte) is a cruel and despicable person, just about like everyone else in town. Jake seems to think that Bobby is scummy enough to be his man to kill his wife and makes him a business proposal in that direction. When Grace gets wind of this deal, she tries to make Bobby a better offer to kill her hubby. “Killers” travels in Red Rock West territory, but the film never seems to get serious with the genre and throws away opportunities to be edgy by instead shooting for the bizarre in character and scenery. Stone fills the screen with vultures, wild dogs, and many violently ominous symbols that do not really connect with the story; yet they do give the movie an hallucinogenic feel; or, as some might say in unkinder terms–a pretentious arty look.

The film’s big joke is that loser Bobby spends the entire film trying to get out of this hellhole, while every contact with the locals is more unbearable than being with the Russian mob. He’s stalked around town by brain-dead teen-ager Jenny (Claire Danes), who can’t be convinced he’s not interested in her and that he can’t help her elude her bullying boyfriend Toby N. Tucker (Joaquin Phoenix). Bobby has just as much trouble convincing the insanely jealous boyfriend — the dude has “TNT” shaved out of his hair — that his girl is a nitwit and that he has no designs on her. On top of that, he’s robbed of all his money and the crooked car mechanic (Billy Bob Thornton) won’t give him his car until he pays the bill.

The minor characters steal the film. Jon Voight is unrecognizable as the blind Indian street beggar, dispensing a crazy wisdom. Powers Boothe does a neat turn as the always drunk sheriff. Julie Haggerty is a waitress named Flo (what else!), who is something else with her mop of hair.

Though the plot never amounts to much and Ennio Morricone’s cheesy score was fit for a cartoon, the characters were funny, the surrealist shots by cinematographer Robert Richardson were diverting, Sean Penn gives a superb performance and the offbeat workings of the genre were original and unpredictable. 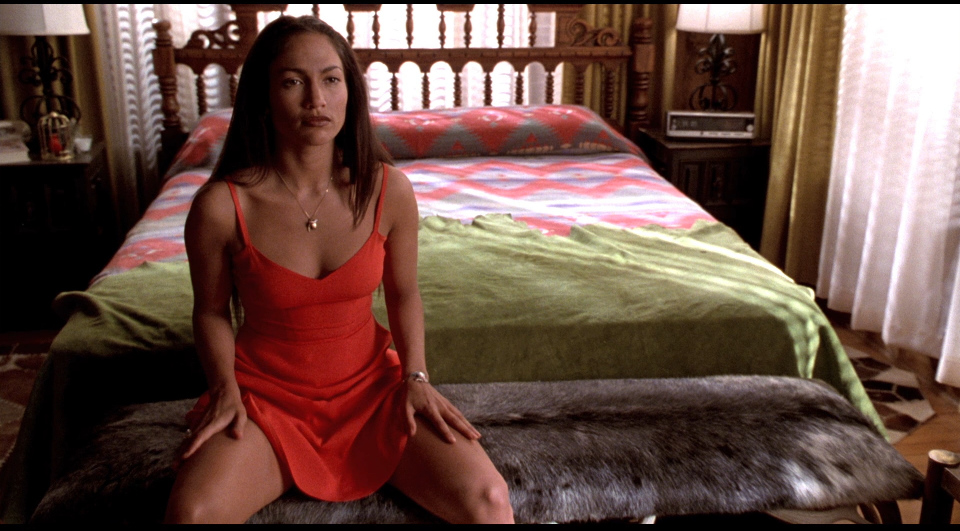