A far-fetched cult thriller based on an outrageous premise that’s helmed/written/produced by B-film maven Larry Cohen (“Bone”/”Black Caesar”/”Hell Up in Harlem”). It perhaps sidesteps a few serious questions it raises about mutations, ecological concerns and the ‘right to live’ issues that have become front page news in modern times, yet still is provocative and leaves one with much to think about regarding parental love and guilt, intolerance and institutional care. It’s a wacky low-grade entertaining horror pic, one that also has an edge, is discomforting and surprisingly has a good blend of humor and splatter. It emulates the 1931 classic Frankenstein by James Whale, that made it seem as if the scientists are the real monsters and the freaks of nature are symbolic for those who are more to be pitied than detested because of society’s intolerance to anyone different. Cohen tells us no matter how monstrous, the newborn can expect maternal love. The title is lifted from Colin Clive’s shriek as Dr. Frankenstein when viewing his creation.

An ordinary LA couple, PR executive Frank Davis (John Ryan) and his wife Lenore (Sharon Farrell), look forward to the birth of their second child whom they figure to be a companion to their eleven-year-old son Chris (Daniel Holzman). But the newborn comes out of the womb as a homicidal clawed and fanged monster that brutally slays all five nurses and doctors in the delivery room and escapes into the city to murder a few more citizens in its attempt to survive. Frank’s boss (Guy Stockwell) puts him on suspension with the intent to never let the now controversial parent of the monster killer ever work in his place again (it’s bad for business to be associated with someone who has received such bad publicity). Since there’s a city-wide manhunt to kill the monster, led by Police Lieutenant Perkins (James Dixon), a university official wants it kept alive for research or if dead wants the body turned over for experiments; an evil pharmaceutical rep argues it’s best to kill it and burn it to prevent possible law suits so thatif it’s ever found that the defect was caused by birth control pills or anything the government might have approved through faulty testing. Frank voices indifference whether the baby lives or dies, just denial that he could be the father of a monster, and signs the release form to the research group to do with his child’s body whatever.

When the monster secretly returns home to the Davises, Lenore offers it shelter and food and unconditional love while the anguished Frank, still in denial that the child has his genes, wounds it as it flees. Frank then joins the police to hunt it down in an underground sewer system. But when Frank finds his monster kid sobbing, he changes his mind about wanting to kill it and acts as its protector.

Ryan’s performance as the angst-ridden father is very moving and revealing, and is central to understanding the film’s main theme over a parent having a child where there’s something so obviously wrong and being conflicted to love it as it is. The low-budget B-film that ranges from black humor to solid social commentary to grisly murder scenes (most killings take place offscreen) leaves us with a quintessential quirky Cohen film that’s a more engrossing horror pic than the usual for this genre.

There would be two more sequels, It Lives Again and Its Alive III: Island of the Alive. Oscar winner effect master “Rick Baker” designed the baby creature, but made the creature look more silly than scary by using a rubber suit. 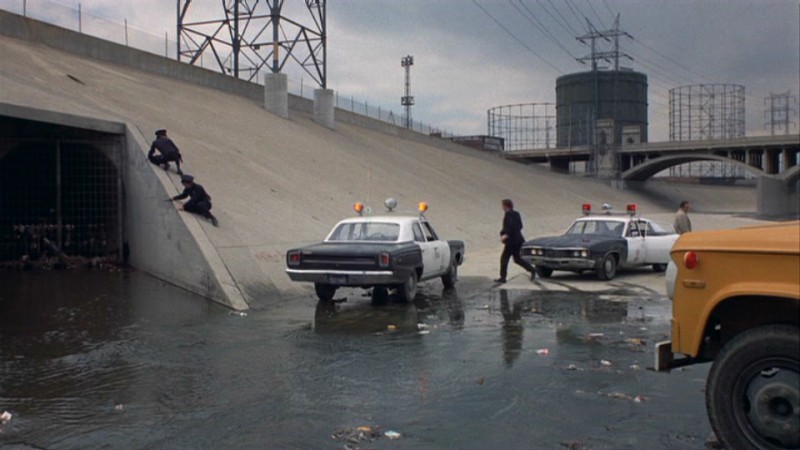