“Diane Lane, who in real-life is married to a Frenchman, gives an ecstatic performance, as her features glow with passion during sex.”

A fatal attraction drama directed by the director of “Fatal Attraction” and “9-1/2 Weeks”, Adrian Lyne. Connie (Lane) and Ed Sumner (Gere) are a happily married couple for the last 11 years and are now living in a spacious house in the upscale Westchester County suburbs with their 8-year-old son Charlie (Sullivan). Though the spark might not be burning as it once was in their sex life as things have become routine, they are still a loving couple. He collects snow globes and she fusses over their son and seems to be in control of her life and is satisfied to be a supermom. He’s a NYC commuter who is the head of a lucrative armored truck security company and she’s his dazzling younger wife somewhere in her thirties. “Unfaithful” is loosely based on Claude Chabrol’s La Femme Infidèle, and is cowritten by William Broyles Jr. and Adam Sargent.

On a windswept day Connie goes into the city and falls when she bumps into the handsome twentysomething Frenchman Paul Martel (Martinez). Since she falls in front of his SoHo apartment building, the book dealer invites her upstairs to his arty loft flat that is filled with books and art objects. As she freshens up and puts Band-Aids on her scraped leg, the attraction is there and the two can’t wait to rip each other’s clothes off. Passion is the reason for the affair and this chance encounter is the only reason Connie is tempted to stray from her conventional life.

She has one close call as her two chatty suburban friends, Tracy (Burton) and Sally (Colin), run into her on the street as she’s about to rendezvous with her bohemian stud boyfriend. They take her to the corner coffee restaurant. But Paul can’t wait for her and enters the restaurant. In the bathroom they have a quickie standing up before she rejoins her unsuspecting girlfriends, and later still not sated joins him in his loft for another round of sex.

The film builds in suspense as to what will happen when Ed finds out. Ed already suspects, having caught her in several lies. But he gets the proof in pictures when he hires a private detective. In this story the sex with abandonment is not casual, but has dire consequences. But when the story resorts to a crime and a cover-up, it loses credibility. It has no place to go but to an open-ended ending which failed to be convincing, where the married couple are clinging to each other out of fear. When the story revolved around the contrast of hipster and square lifestyles and the forcefulness of sex, the film had a certain power. Unfortunately the mystery part was not done as well and made the glossy story go into the dumps for no good reason.

Diane Lane, who in real-life is married to a Frenchman, gives an ecstatic performance, as her features glow with passion during sex. Even in her quiet moments at home, they glow as she thinks of herself having reckless sex with Paul. But her facial expressions change so easily into the confidant suburban mother when with her family, as she retains being a sympathetic figure because the viewer can see the inward battle she is going through. The 52-year-old Richard Gere is convincing as the articulate hubby who can’t communicate about emotional things with his wife, but lives by the code of loyalty and securing what is his. That this affair would sicken someone like him is certainly understandable, but how he reacts is not so much unlikely but questionable and hard to believe. Olivier Martinez as the dreamboat lover says some corny love lines such as: “I wish you would never close your eyes, even when you sleep.” But there’s a good chemistry between Diane and him that makes the film lively, even though I don’t see him as both a heartthrob and a book lover. 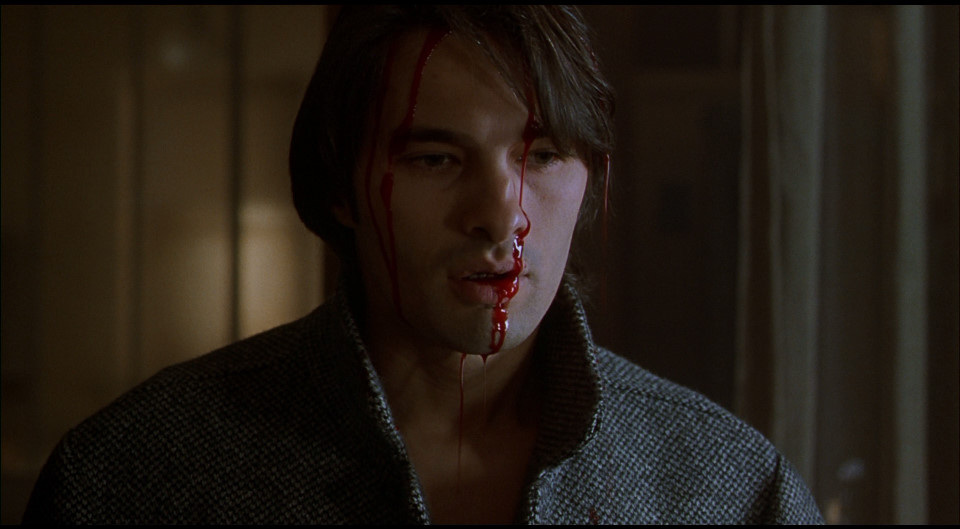