Open Secret has a quality story, but it is cheaply produced. It’s a B-film with similar themes about anti-Semitism as “Crossfire” and “Gentleman’s Agreement.” A young couple, Paul Lester (Ireland) and his attractive bride Nancy (Randolph), on their honeymoon, call up Paul’s army buddy Ed Stevens (Waldron). Ed tells them he has to leave briefly for an emergency, but he leaves them the key with his landlord and invites them to stay. When he doesn’t show up the next day, they get concerned. The landlady (O’Neal) keeps Nancy company while hubby investigates.

The couple find anti-Semitic literature in the apartment, and Paul says that’s not like the Ed he knew. A man from Snap magazine (Farley) comes by and says Ed promised him a story, but didn’t say what it was. Paul calls his friend from the police department, Detective Sergeant Mike Frontelli (Sheldon Leonard), to investigate. This is one of the rare occasions that Leonard played a cop instead of a gangster.

Paul soon uncovers that Ed belonged to a secret anti-Semitic organization with a bunch of white supremacists from the neighborhood. When it is discovered that Ed is murdered, Paul decides to stay in town and clear his pal’s name. The couple innocently bring in photos they took on their honeymoon, to have Harry Strauss (Tyne) develop them. They find out that there is prejudice against the Jews in the neighborhood recently, as Strauss tells them there’s a group trying to put him out of business because he’s a Jew.

The couple discovers when looking at the photos returned to them, that Ed was secretly taking pictures of the extremist group members and was ready to turn them over to the magazine. The hate group now goes after the couple to try and get the pictures back. When Paul figures out that the group framed Ed for the murder of another Jewish man, he decides to confront one of the weaker members by showing him a picture they have of him in the act of the crime. But Paul’s overtaken by the group and his life is threatened, as he is taken to the bar the group uses as their headquarters.

In the action-packed climax, Strauss is also taken by the group when he comes looking for Paul. But he leads them into a trap by taking one of them back to his photo store for the negatives. In the dark, he is able to overtake his captor and call the police. The surprise comes when the leader is unmasked. 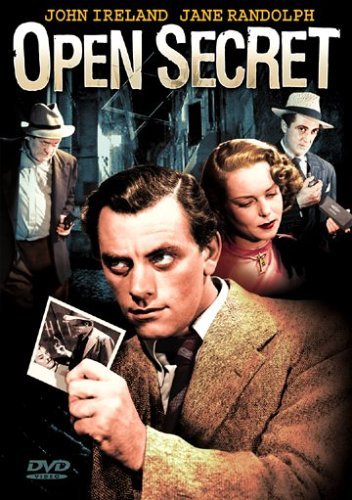