HARRY TRACY: THE LAST OF THE WILD BUNCH

A quirky romanticized elegiac western on Harry Tracy (Bruce Dern), the legendary outlaw who rode with Butch Cassidy. It was shot in Canada’s British Columbia. The western, set at the turn of the last century, looks like a western but shoots for comedy. Under the unenthusiastic direction of William A. Graham(“Street of Dreams”/”Blood Crime”), the film mostly disappoints. It was written by David Lee Henry.

Harry is the gentleman outlaw, the only surviving member from the Butch Cassidy ‘Hole-in-the-Wall Gang.’ The bank/train robber and prison escape artist is caught in 1899, in Aspen, Colorado, on Christmas Eve, after stealing a horse. While on the run he meets a deceased federal judge’s daughter Catherine Tuttle (Helen Shaver), from Portland, Oregon, and romantic sparks fly between them. But a posse tracks him down. Soon Harry escapes on the train taking him back to a Utah jail, as Marshal Morrie Nathan (Gordon Lightfoot, folk singer) gets caught off-guard. On the run in the wilderness, Harry recruits a failed artist, David Merrill (Michael C. Gwynne), to be his sidekick, They rob a train and a bank, and end up in Portland. A lawyer running for governor (Fred Diehl) double-crosses the duo and turns them over to the law, but Harry escapes from jail after killing several guards and his betrayer inmate partner Merrill. Harry then convinces Catherine to go on the run with him to Seattle, where he’s killed by the law after surviving an intensive manhunt for a few months.

It’s based on a true story, except Dern’s romance with Helen Shaver was just created for the film. But that was a mistake. It never came off as convincing.

Gorgon Lightfoot sings “My Love for You.” 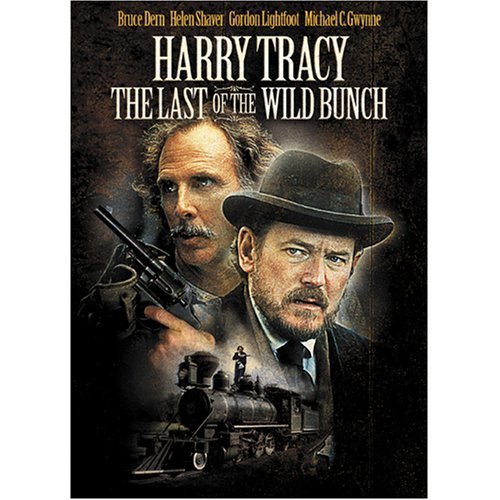