“The historical drama rises to a greater height because of the spirited Oscar type of performance by Deadwyler.“

Nigerian born writer-director Chinonye Chukwu (“Clemency”/”Alaska Land”) directs with aplomb, shows an eye for period detail and richly conveys a sensitivity for this tribute film to the courageous Black mother Mamie Till (Danielle Deadwyler), a war widow living a middle-class life in Chicago with her 14-year-old son Emmett Till (Jalyn Hall). He vacations over the summer with family (his preacher cousin played by John Douglas Thompson and grand-ma played by Whoopi Goldberg) in Mississippi. In 1955 Emmett was murdered by racists in Mississippi for supposedly whistling in a wolfish way at a married white woman shopkeeper (Haley Bennett) and later that night was dragged out of his cousin’s home by a bunch of local whites upset with his supposed disrespect for a white woman, and was tortured and killed in the woods.

This egregious headline racist story is co-written by Michael Reilly and Keith Beauchamp, who accurately retell that horrible event in American history. It caused so much pain in the country, especially Black pain, and spurred on the civil rights movement. The story is told through the eyes of his mom, and her lifetime effort to track down the killers and have them face justice. It also tells of her activism in the civil rights movement–advocating for a federal anti-lynching law, which was only passed this year in March, 67 years after her son was killed in the hate crime.

The historical drama rises to a greater height because of the spirited Oscar type of performance by Deadwyler, who carries the more than competently made educational film with her tenacity and obsession to get the killers–making the viewer care about the love and sorrow she has for her son. His body was found in a river in the woods several days later, and it was discovered he was shot in his face and his teeth were smashed and face was disfigured.

When Mamie views his corpse and sees the damage to her son’s face made him unrecognizable, she becomes determined to let the world see him buried in an open casket to make them know that racist killings must not go unpunished.

The film loses much of its juice as it goes from there to trial scenes of the accused murderers found not guilty in a hoax trial when tried before an all-white jury. The emotional highlight scene is when Mamie takes the witness stand.

By sticking to the conventional way of shooting a drama like this, the pic plays it too safe when it has the opportunity to say more about what’s needed about the racism America is forever dealing with.

It played at the New York Film Festival (Spotlight). 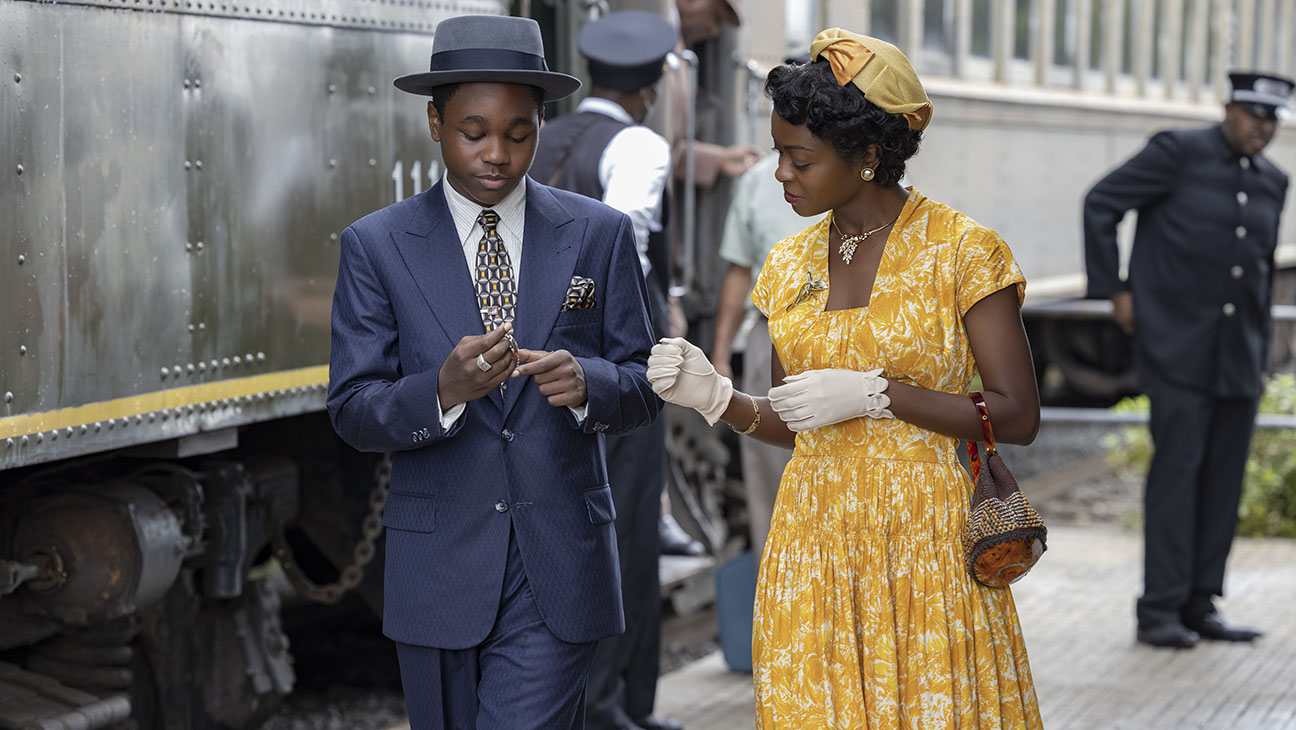