“Shakespeare thespian William Marshall has the title role, and excels in it.”

Shakespeare thespian William Marshall has the title role, and excels in it. William Crain (“Midnight Fear”) directs without any flourishes or fresh ideas, despite the gimmicky nature of the film. In 1780 the African Prince Mamuwalde (William Marshall) is sent to Transylvania by his tribe to visit Count Dracula (Charles Macaulay) and get his support to stop slavery. Instead the sophisticated Count turns racist and says there’s nothing wrong with slavery, and insists on taking his wife Luva (Vonetta McGee) as a slave. When the irate prince attempts to leave the castle with his wife, the servants overtake the couple and Dracula puts a curse on the Prince by turning him into a vampire. His wife remains human, as the Prince, renamed Blacula, eventually watches her die. After two hundred years, the furnishings inside Dracula’s castle is sold to LA gay interior decorators (Ted Harris & Ricky Metzler). When Blacula’s coffin is opened by them in LA, he turns them into vampires and goes on a city-wide rampage at night. Blacula even locates his former reincarnated wife, who is now called Tina. Her sister Michele is married to the LAPD doctor, who suspects vampires are on a killing spree. He becomes like the vampire hunter Van Helsing and convinces his boss, Lt. Peters (Gordon Pinsent), to chase down the undead and find the coffin of the black dracula. Writers Joan Toress and Raymond Koenig try in the beginning to introduce a political message, but when the story moves from old Transylvania to new LA, that’s all forgotten and the film turns into conventional Dracula genre. Aside from a striking performance by Marshall and a few pungent barbs dished out in conversations, this Dracula was an anemic effort. 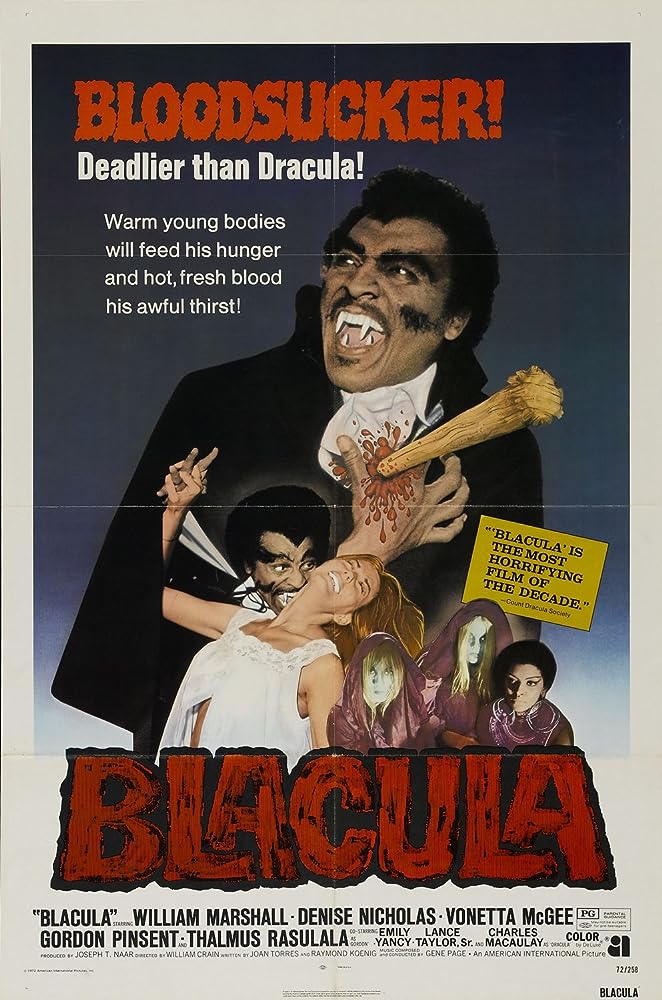