TV director Steven Spielberg’s (“1941″/”Duel”/”Jaws”) first feature film, made when he was 26, is a modest but assured work. It’s based on a 1969 Texas newspaper story that Spielberg adapted (it follows a 300-mile chase across Texas after a pair of naive fugitives). For the most part it plays out as a funny madcap comedy, but then slows down and takes a wrong turn into social polemics and finally tragedy in a climactic shoot-out. The script by Hal Barwood and Matthew Robbins makes the loser fugitives into sympathetic heroic Bonnie and Clyde figures.

Lou-Jean (Goldie Hawn) and Clovis Poplin (William Atherton) are a poor, uneducated, married rural Texas couple of 25, whose criminal records have resulted in their 2-year-old son, Langston (Harrison Zanuck, son of the producer), being taken into foster care. Clovis is in a minimum security holding pen, where he has 4 months to go on a year larceny sentence; while Lou-Jean has just been released for shoplifting. The angry part-time beautician Lou-Jean convinces her good-natured dim-witted hubby to escape, threatening to leave him if he doesn’t. The misguided plan is to go to Sugarland and take back Langston from the wealthy educated older couple who adopted him. But things go wrong when they mistakenly believe young highway patrolman Maxwell Slide (Michael Sacks) is after them when the vehicle they are in is stopped for a traffic violation. After leading the cop on a highway chase and crashing the car they stole, they hijack straight-arrow Slide’s police car and take him hostage at gunpoint (using his gun and rifle). Soon a long convoy of police and media vehicles follow, as the fatherly police captain, Tanner (Ben Johnson), in charge of the chase, realizes he’s not dealing with dangerous felons and tries to negotiate in good faith with the knuckleheads. It turns into a Billy Wilder “Ace in the Hole” (1951) public spectacle, as news of the chase is aired and everyone in Texas seemingly comes to watch and the streets are lined with well-wishers for the fugitives. Tanner has no choice but to bring them in, and as the chase goes through the night the cops’ lose their patience and things get out-of-control with snipers and bounty hunters now involved.

The film seriously raises questions about America’s pop culture and love affair with celebrities, sense of family, influence of the media and police procedures in such a situation. Though the film was well-received by the critics, was well-acted and made for breezy entertainment, it surprisingly only broke even at the box office. 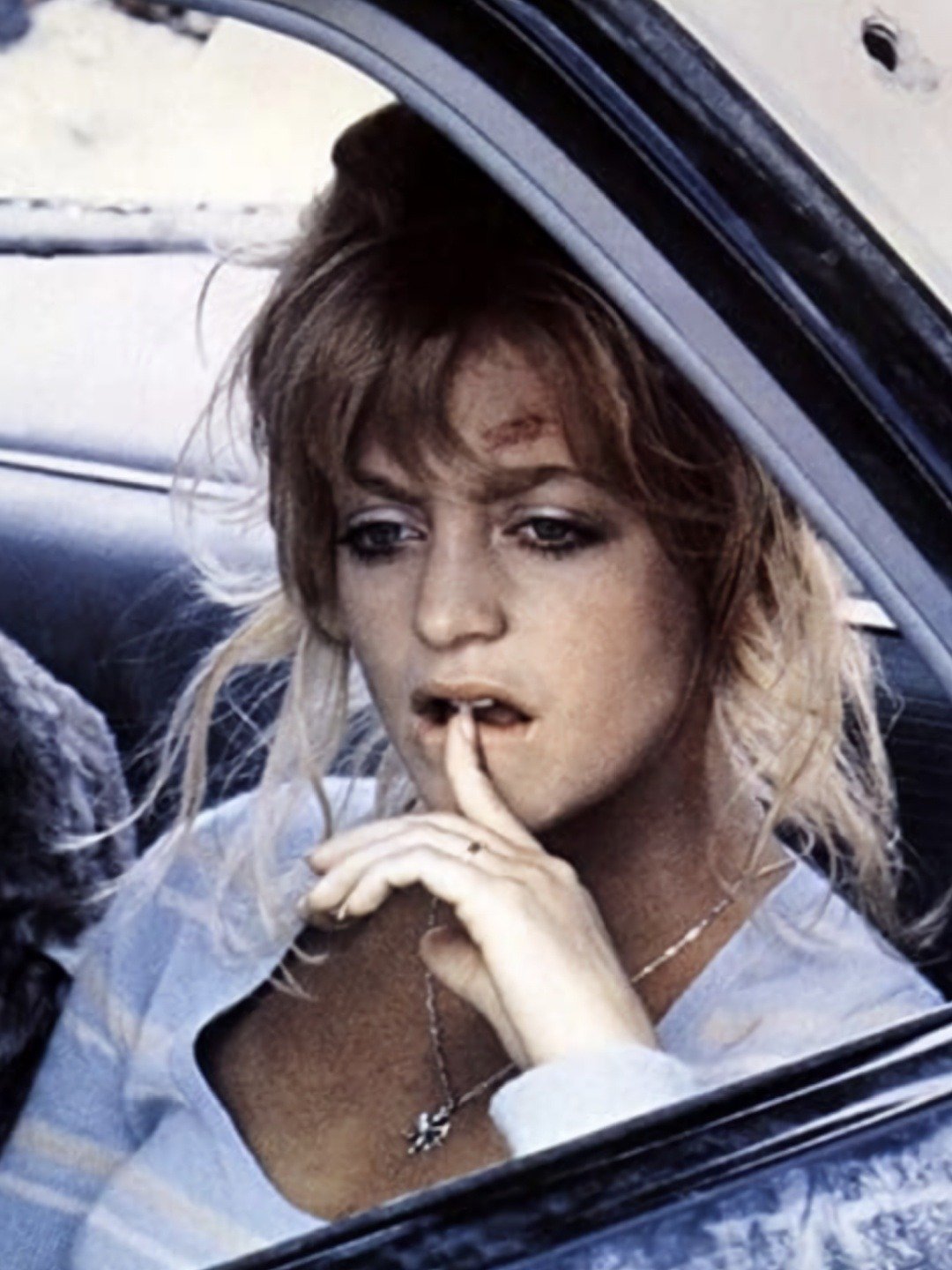