“Disappointing but easy to watch sly comedy that skewers real-life love and pulp fiction romance as both products of fiction.”

Joseph Losey(“Secret Ceremony”/”Boom!”/”Eva”) directs this disappointing but easy to watch sly comedy that skewers real-life love and pulp fiction romance as both products of fiction. It reeks of opulent pretenses with odd touches of Losey’s stylistic filmmaking that takes it into his familiar territory of social concern, the class system, human frailty, alienation and as a character study of those under moral duress. Losey, with less success, forces the story line into tailing off as a thriller, which seems awkwardly conceived. Its major fault is that it never gets to the poetry promised, as it stagnates as soap opera melodrama that’s wrapped around an elegant mannered high brow presentation. There’s not much Losey has to say about its unpleasant self-important characters or of what it means to be an amoral romantic or of how damaging it is to be so smugly living a comfortable life as a bourgeois. It only pleases in flashes but not as a whole, as it seems the talented filmmaker can’t lucidly say what he seems to have in back of his mind.

It’s based on the novel by Thomas Wiseman, and is written by Tom Stoppard (“Shakespeare in Love”).

Frustrated and bored Englishwoman Elizabeth Fielding (Glenda Jackson) travels by train to vacation alone in the German spa of Baden-Baden, as her successful novelist husband Lewis Fielding (Michael Caine) stays at home on their luxurious English country estate with their young son David and his live-in teenage French nannyCatherine (Beatrice Romand). After a week-end at the spa, Elizabeth cuts short her impromptu holiday and flies home to return to her predictable comfortable life. Lewis is working on a film script, but because of writer’s block can’t get moving on the screenplay of a discontented woman trying to find herself by going on holiday alone–a fiction story that imitates his real life. When an obvious sponger, Thomas (Helmut Berger), who briefly met Elizabeth in the hotel elevator and passed himself off as a poet, writes and then calls Lewis to falsely express a love for his writing and a desire that they could meet, the devious Lewis invites him over for tea despite his wife’s objections. Lewis, not realizing Thomas is a drug smuggler and running from a contract killing, nevertheless knows the handsome German is a hustler, a gigolo and con man, but still allows him to freeload as a house-guest and freely mingle with his wife. The increasingly tense Fielding household has a subdued Elizabeth feeling her life is quickly passing her by and that she must seek freedom. She does this by having an affair hoping this will enable her to escape from her possessive husband’s clutches, while the love sick Lewis, who holds his wife up on a pedestal, is not able to distinguish his fiction writing fantasies from his real-life marriage and is pained by thinking about his idealized wife in the arms of another. When Lewis’s jealousy brings his wife into the arms of the stranger and they run off together to the south of France, Lewis must determine how much he loves his wife, if being cuckolded is a humiliation he can ever recover from and how badly he wants her back when he finds out where she’s staying.

The film’s best line is said by newspaper gossip columnistIsabel (Kate Nelligan), one of their poison-tongued in-crowd party-going friends, who says: “Sex shouldn’t be anything you leave home for.” 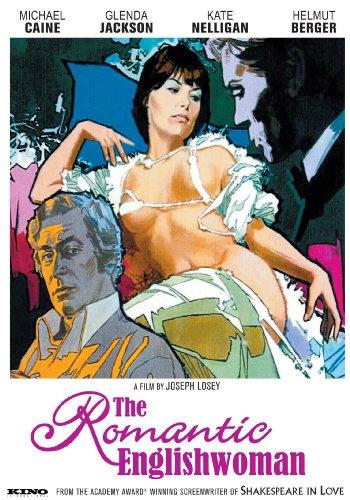