Irving Pichel’s rousing but charmless western is set soon after the Civil War, when there were many on both sides still harboring bitterness over the war. The four Canfield brothers have returned from the war fighting for the Confederacy to find their Virginia plantation stolen by Yankee crooks. Oldest brother Britt (Randolph Scott) leads Clint (John Archer), Tom (Peter Thompson), and youngest brother Terry (Jerome Courtland) westward to start over again. The brothers run into trouble in a western saloon when drunken Union soldiers call them out for a gun duel. When the Yankee corporal takes out his gun, he’s shot dead and the brothers escape a posse by hopping on the railroad–forced into becoming wanted men rather than face a hostile court.

The chief construction engineer of the Santa Fe railroad, a former Union major named Dave Baxter (Warner Anderson), recognizes Britt as an able opponent from a battle he fought in which the Rebels won because of Britt’s leadership as an officer and hires him to a top position with the railroad. The other three brothers are still filled with hatred towards the Yankees and instead join villainous Cole Sanders (Roy Roberts), who runs a gambling house that follows the railroad and causes it trouble.

Britt has to deal with the hatred from the paymaster, Judith Chandler (Janis Carter), whose Union hubby died in the battle where Britt led his victorious Rebels (as expected, she later softens and becomes his romantic interest). The conciliatory railroad man Britt then has to deal with the following critical events: Indians threatening to stop the track laying because they are superstitious about the smoke coming out of the train and can’t understand the New West; Cole’s saloons and gambling houses springing up wherever they lay track, which causes schedule delays as the drunk workers miss work; a timetable to reach certain spots in time or the loss of their land grant to their rival–the Rio Grande railroad; and, delicately handling his outlaw brothers who are working against the railroad, and who eventually elevate their crimes to a payroll robbery and murder.

Britt blames Cole for twisting the minds of his brothers and the action builds in intensity until the final shootout at Lyles Crossing, with Cole getting his comeuppance at the hands of Britt in a scuffle and gun duel aboard the top of a moving railroad.

It’s a typical western, just a little bleaker than most and not as well-made as another western about railroad building–the Union Pacific (1939). But Scott’s grim no-nonsense demeanor and strong presence as a true southern gentleman holds it together, as well as Kenneth Gamet’s mostly solid script (though at times it got overambitious). There are many bright moments, including the comic relief antics of a train engineer and his assistant (Billy House & Olin Howland), Marshal Bat Masterson’s (Frank Ferguson) deft handling of the train robberies around Dodge City, and Cole’s unwieldy henchman Crake (Jock O’Mahoney). 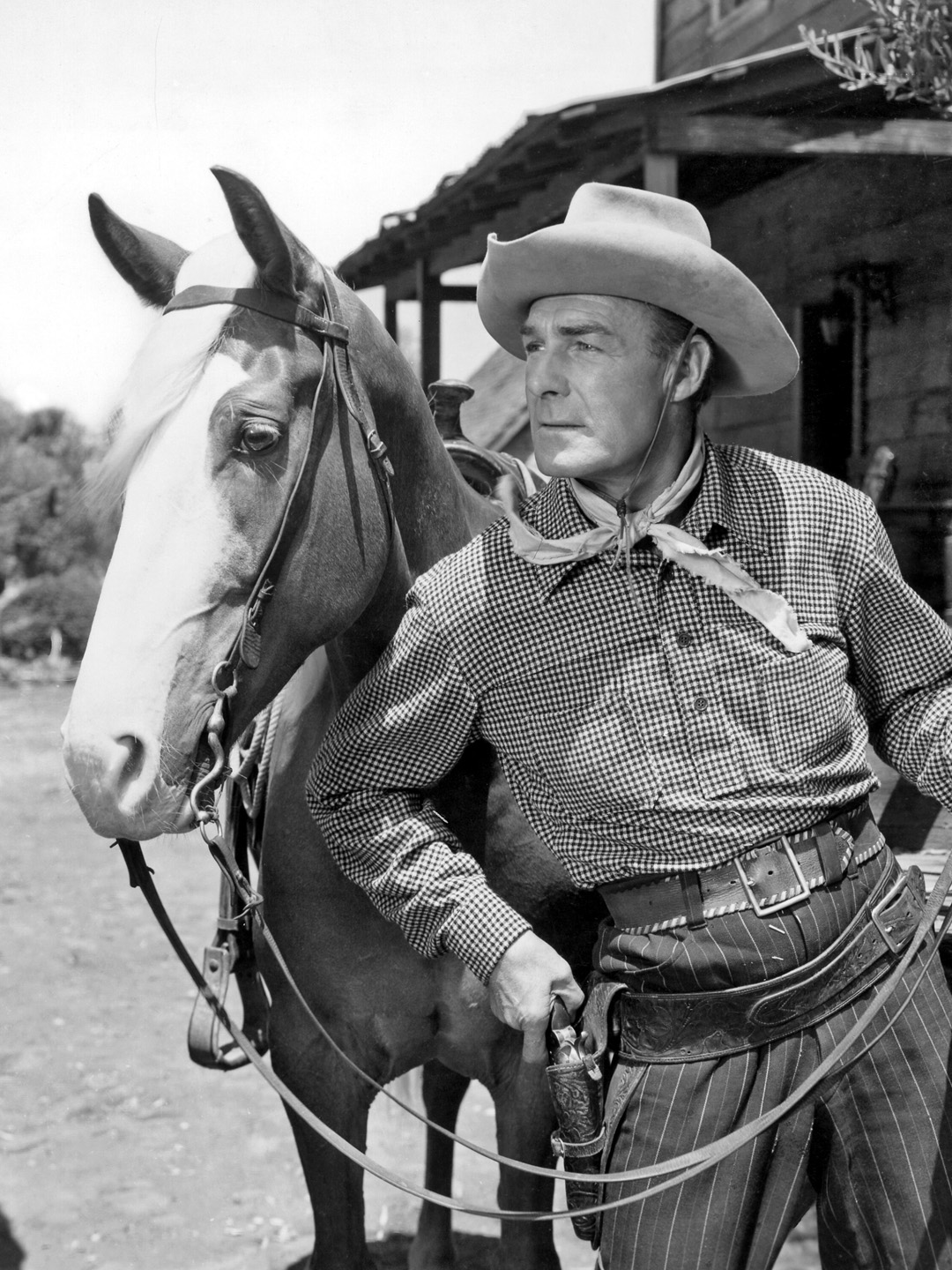