“The plain looking and cleverly made high concept film is without the director’s usual fastball.”

An experimental ensemble piece from “mumblecore” director-writer Andrew Bujalski (“Support The Girls”/”Computer Chess”), his first film in four years, which comes in the form of a bunch of loosely interconnected vignettes, whereby one character from the prior scene moves into the next scene engaging in one-on-one conversations without being in the same shot, and then the new character does the same thing for the next scene. The talky pic offers at times keen observations on life, making it a bit more complex and curious a work than it lets on, even if most of the time things remain pointless.

Bujalski’s lo-tech comedy/romance’s purpose is supposedly to explore intimacy through various relationships. Aside from a few laughs, I got little insight from it.

It was made during the pandemic, which explains its need for isolation.

Its other gimmick is that every actor was filmed in a different locale and therefore their performances were in isolation.

The plain looking and cleverly made high concept film is without the director’s usual fastball. But he’s savvy enough to pitch his way through it, even if it fails to say much about the connections people make (which I think is supposed to be its purpose).

During the vignette interludes the musician Jon Natchez brings us into the next scene playing an assortment of different instruments. Cinematographer Matthias Grunsky shoots these scenes on his static iPhone Pro Max 12.

Too bad Bujalski was not interested in pulling it all together to make it a cohesive work instead of leaving it hanging as merely an actor’s exercise kind of pic. It’s the kind of human foibles film I wish I could have liked more. Perhaps I would have if Bujalski used his “mumblecore” stuff from his 2002’s “Funny Ha Ha.” 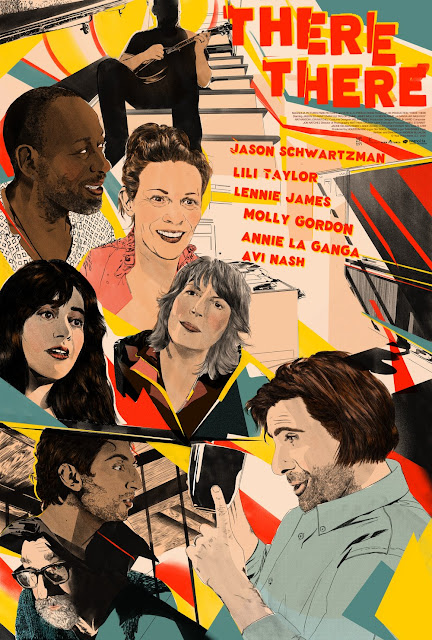 AMERICAN DREAM AND OTHER FAIRY TALES, THE

O BROTHER, WHERE ART THOU?