The kinky and provocative gay Canadian filmmaker Bruce La Bruce (“The Misandrists”/”Gerontophilia”) covers the Narcissus myth not as the Greeks do but with his own bizarre reading of it as merely fodder for a gay sex film influenced by the current generation’s obsession over selfies. The clever title is a double entendre that refers to its Quebec location site, as well as to Narcissus, the Greek god of self-love.

In Canada, in 1972, the 22- year-old hunk Dominic (Félix-Antoine Duval) has a fetish… for himself. He’s turned on to his own reflections, and loves taking Polaroid selfies.

In the opening scene, Dominic scores a beautiful woman at the launderette, and the nervy couple fuck atop a laundry table, and are not bothered by the large crowd watching them.

The dude is obsessed over his good looks, and can’t pass a mirror without stopping to look.

When his grandmother passes away, he learns a dark family secret about his mother, Beatriz (Tania Kontoyanni), that she’s not dead as he was told, but was secretly living away from him as a lesbian. Dominic goes by motorcycle to find her in a life-altering trip.

He hears what she has to say after finding her living in a remote cabin with her girlfriend lover.

Dominic then finds his way to a monastic order in the area, where at the monastery, Father Andrew (Andreas Apergis), a rigid abusive gay priest obsessed with Saint Sebastian, keeps him as a sex slave. Dominic now completely identifies with his long-lost identical twin brother Daniel (again played by Félix-Antoine Duval) and begins to have sex with his twin.

The filmmaker has a ball showing sexual bondage scenes and ripping into the religious symbols.

At the Venice Film Festival Saint-Narcisse was the closing film of the Giornate degli autori section. The risk-taking LaBruce manages to retain the B-movie-influenced aesthetic of his previous features favored by his large cult following while achieving a higher level of gay film to advance his career with new viewers looking for more aesthetics, more boundaries broken and deeper curiosities introduced to his unconventional gay films. 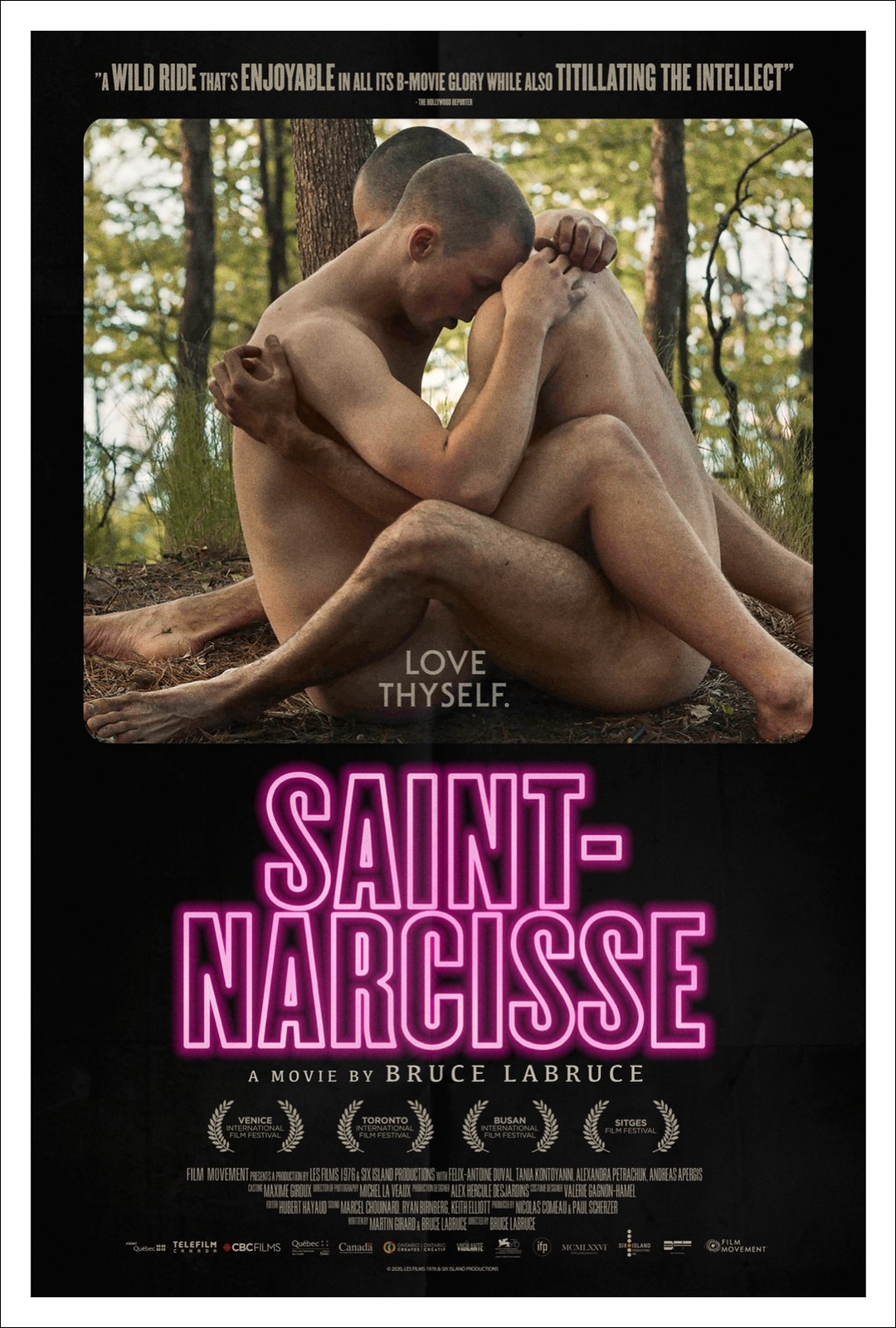