“This made-for-TV drama is a minor but enjoyable entry in the Rainer Werner Fassbinder oeuvre.”

This made-for-TV drama is a minor but enjoyable entry in the Rainer Werner Fassbinder oeuvre. It captures the boredom and restlessness of the youth in the contemporary German milieu by following the mundane life of its three Munich residing protagonists. Michel (Michael König) and Gunther (Günther Kaufmann) are best friends since their schooldays, and Hanna (Hanna Schygulla) is Michel’s college student live-in girlfriend who expects him to marry her. Michal works as a tiler, where he’s unhappy with his dead-end job; Gunther just got out of the navy and is job hunting–trying to live up to his philosophy from his military days to “take the line of least resistance.”

Though short on funds, the boys fantasize about going to Rio Das Mortes, Peru, and locating a hidden Mayan treasure. The entire pic is spent on them following through on this childish dream by trying to raise the bread, as the idlers put all their hopes on escaping the fatherland even though they are clueless about Peru. The long-haired hippie-like Michel sells his beloved sports car and works overtime, Gunther moves in with the couple to save on rent, they hit on Gunther’s mom for a little bit of dough, fail in trying to talk a businessman in investing in a cotton farm in Peru and the working-class heroes get turned off by an overbearing Ph.D candidate who smugly tells them to get a government grant and he’ll go with them. In between their adventure to get money, there’s a comical bar scene of Hanna wildly dancing with barfly Fassbinder to Elvis’ “Jailhouse Rock,” a most amusing reading by Hanna of Lana Turner’s bio (a reason alone to see the flick) and Hanna and five of her girlfriends doing a set ‘anti-theater’ piece where they are smoking and walking in a circle in front of a huge blackboard with a chalk drawn dick and above it is written “USSA.” It concludes with the film never leaving Munich’s airport but the boys by persistence and blind luck get someone to give them the dough. They leave an irate Hanna behind (it’s harder for gals to follow their dreams) and she threatens to shoot them from an unseen distance as they board the plane for their misplaced adventure 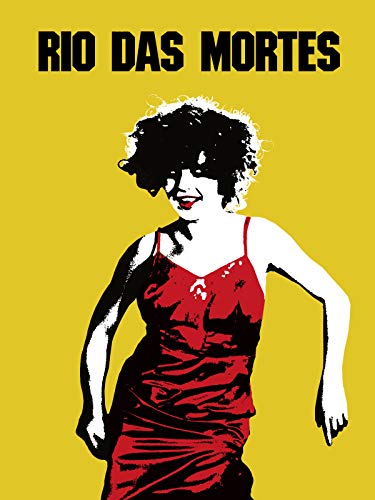