“A wonderful human interest story about a remarkable survivor.”

Israeli actor Yaniv Rokahis writer-director in his debut feature film as a helmer. When he worked in a coffee shop across the street from the laundromat, he met a homeless woman living there, Marie “Mimi” Haist, who captivated him by her charm. By following her around and recording her on his iPhone for the last five years, Rokah comes up with a wonderful human interest story about a remarkable survivor. Through raising money from Kickstarter, a regular movie camera was then provided.

It’s a lively and sympathetic documentary about the woman called Queen Mimi and the difficult situation she faced after first becoming homeless in her 50s, as she walked out on her unfaithful husband and lived on the streets of Santa Monica. The gentle woman eventually found shelter at a Santa Monica laundromat, thanks to the generous owner Stan Fox giving her permission. Mimi during the course of the 20 or so years she lived at the laundromat was befriended by the then aspiring actor, Zach Galifianakis, a customer.

The good-natured Queen Mimi survived living there because of her optimism, her will power, her wise life-philosophy and her good sense of humor. At the laundromat, she earns tips folding clothes.

Mimi is remarkably still alive and alert at ninety. The no-frills and no-nonsense documentary is a feel-good story about a delightful energetic heroine. who dresses in pink, and is someone you can’t help rooting for. Of note, Queen Mimi is no longer homeless. Zach Galifianakis has provided her with her own apartment in the neighborhood and a mobile phone, while Renée Zellweger, another laundromat customer, has furnished her apartment.

It had its world premiere in March at the Vail Film Festival. 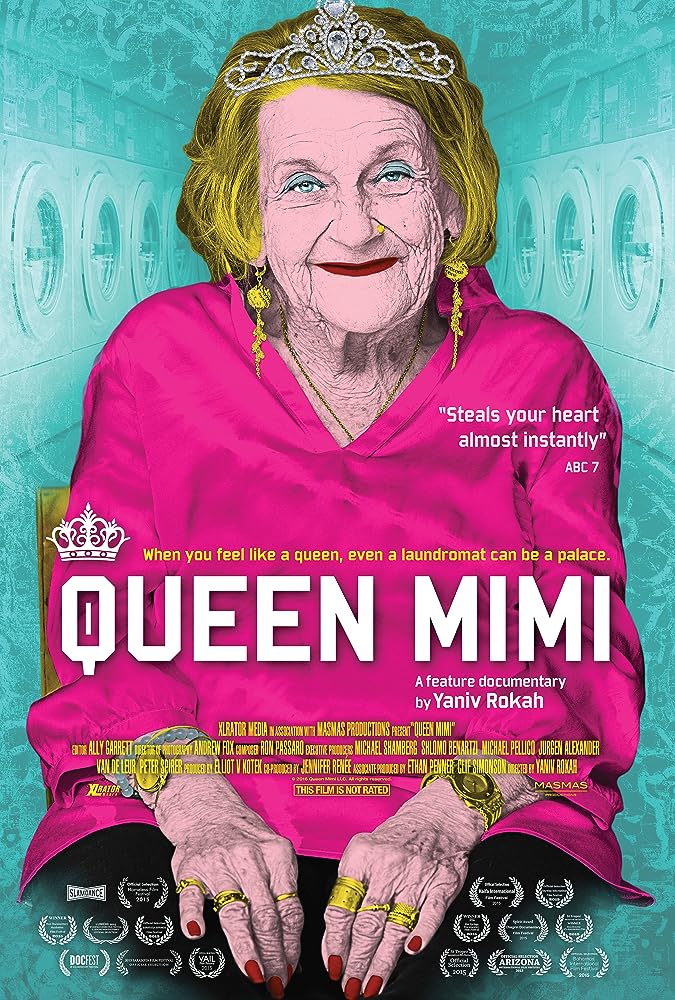