UNDER THE SUN OF SATAN (SOUS LE SOLEIL DE SATAN)

“It works as an intense meditation on faith, despair and evil.”

Maurice Pialat(“Police”/”Loulou”/”To Our Loves”) directs an austere religious film adapted from the 1926 novel of Georges Bernanos. Co-writers Pialat and his wife Sylvie keep it Catholic, solemn, ascetic and uncompromising. It works as an intense meditation on faith, despair and evil.

Gerard Depardieu plays the troubled religious zealot, Father Donissan, who cannot relate to the common secular concerns of his congregation. He expresses gratitude to his father superior, Menou-Segrais (Maurice Pialat), for admitting him into the parish ministry despite his poor scholastic aptitude for the seminary. But despises him for not being more spiritually aggressive. Father Donissan has a love-hate relationship with the intellectually gifted senior priest. He feels this assignment doesn’t suit his personality and has asked the archbishop for a transfer to a Trappist monastery.

Father Donissan gets a chance to test his own ethical standards while dealing with a roadside encounter with the Devil, a counseling session with the pregnant amoral murderess teen Mouchette (Sandrine Bonnaire), and, to test his beliefs, he accepts a challenge to see if he can raise a deceased child from the dead.

It’s a remarkable film for those of the austere religious Bresson ilk, but is not for everyone.

It won the Golden Palm at the 1987 Cannes Film Festival. 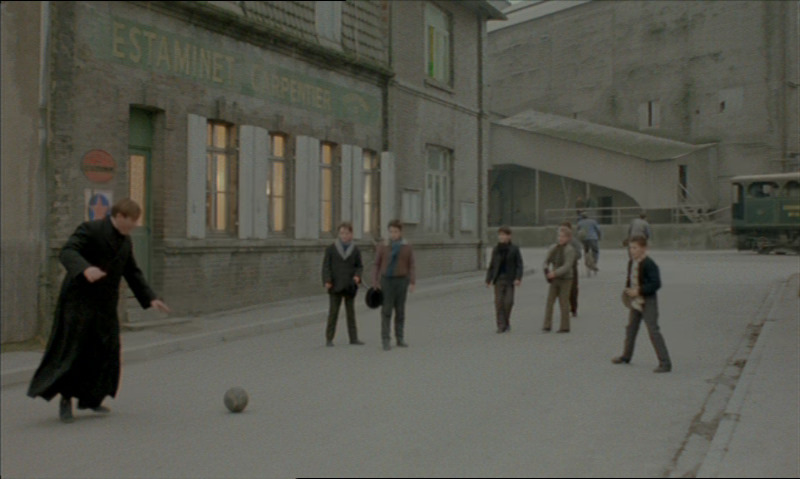