A darkly atmospheric film noir from France, that followed to the letter all the conventions of that genre. It was shot in B & W, which gave it that 1940s look. The protagonist is the classic noir private detective with the last name of a fish, Eugene Tarpon (Jean-François Balmer). The chubby Tarpon is not making any dough in his Paris walk-up detective agency and is getting so depressed he calls his Mom in the small village he comes from to tell her that he’s coming back for good.

The film starts off with a voice-over by Tarpon explaining how miserable his week starts off and then goes into flashback to tell how really miserable his week turned out. His troubles multiply when an attractive woman named Charlotte Le Dantex (Montaigu) visits him late at night and he’s been drinking too much to drown his sorrows, and she tells him that she wants to hire his services because her roommate Louise is dead in the apartment and she doesn’t want to go to the police — they will suspect her since they will know that she hated the victim. When Tarpon insists she call the police she leaves; but, either because he’s stupid or can’t mind his business, he goes to her apartment. The police are already there and bring him in for questioning as the police detective, Inspecteur Coccioli (Santini), detains him and reveals that he knows that Tarpon was an ex-cop who lost his job three years ago because he killed a farm protester. When he releases Tarpon, he has him followed.

A veteran journalist of some 35 years, Jean-Baptiste Haymann (Dubillard), sensing a mysterious story, takes Tarpon in his car to go for some drinks and tells him that he wants to work with him on the story. They lose the cop following them by some nifty driving by the journalist, as he outmaneuvers the more modern police car and causes him to turnover.

Out on the street near his place, Tarpon is accosted by a slimy character called César and is forced to go see two foreign characters. They question him on the whereabouts of Charlotte and take him for a drive in the country where the one who hired them, Gerard Sergent (Bonnaire), also asks him about Charlotte. When he tells them he knows nothing, they leave him stranded on the country road. He finds out that Sergent loved Louise, and that he wants to get her killer.

As Tarpon takes stock of the situation since meeting Charlotte, he notes that he’s been kidnapped, beaten, left stranded on a desolate road and shot at. When he meets Charlotte again, she tells him that Louise and her had met in Paris when they were both attractive 16-year-old runaways and both attracted men whom they used to gain favors. But, she says, Louise became a tramp, corrupted by her lifestyle and corrupted everyone around her. She worked as a porno star under filmmaker Theadore Lyssenko (Chabrol-the famous director). When Tarpon visits Lyssenko on the set of his movie studio, he finds a frightened man who has been threatened.

There’s also another mysterious person, Le Loup (Dudicourt), who is looking for Charlotte.

When another pursuer of Charlotte, Alfonsino, turns up dead, Tarpon calls in Inspecteur Coccioli and he’s told that Charlotte turned herself over to the police for protection and that she’s not a suspect anymore. This strikes Tarpon as strange, since he just spent a night with her in a hotel and she confessed to killing Louise.

When Tarpon is confronted by Sergent again, he’s asked to work for him and find the treasured object that is missing. There are a few more surprise plot twists in a story that winds down in a muddled fashion. The characters are never clearly defined. But the film was entertaining. The two main characters, Balmer and Montaigu, had a lot of spunk. 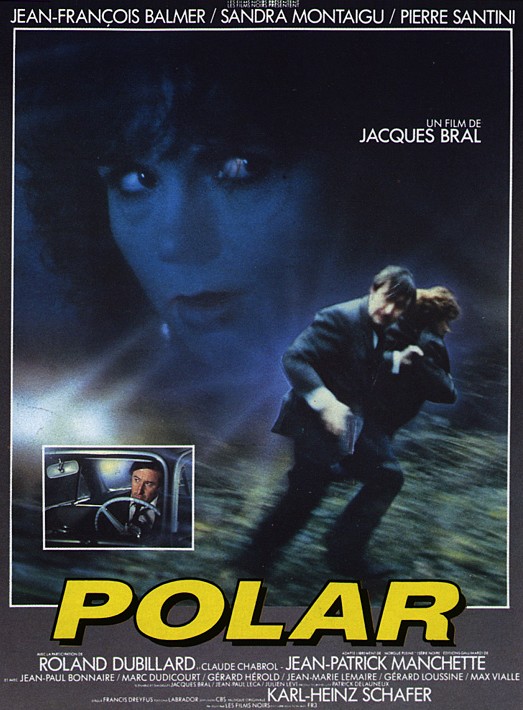