A documentary-styled fictional comedy of manners about a Taipei eye doctor born in 1969, Du Jiazhen (Rene Liu), who takes out a personal ad to find a husband. She disguises her identity by taking the name Ms. Wu and does not reveal her occupation, as she feels she needs some protection from those who might be predators. It’s a grim take on the single scene, where every male who answers the ad is either a creep, a cad, a loser, or is lonely to the point of being desperate. The implication is that using the newspaper to place an ad, puts a sincere person seeking romance in a compromising position. The film’s location is irrelevant, as the difficulty in finding a mate seems to be a universal concern in big cities where life has become impersonal.

The film takes a long time getting to its very credible and convincing resolution, where honest emotions have a chance to settle in and the young woman who has been through an arduous ordeal on all her teahouse meetings gets a final shock in her private life that awakens what she fears about herself. Her mask of indifference is shattered and her stream of passion is seen for the first time without any cover or place to find hope.

At the start of each meeting, at always the same teahouse but at a different table, a title in the corner of the screen gives the man’s name, occupation and date of birth, and she monotonously interviews them. The problem is all the horrible men seem like contrived characters whose patter becomes less humorous and more tiresome with each meeting viewed. They all seem eager to reveal to the bemused woman their secret desires, and they for the most part are not that curious about her. The collection of men includes: a shoe fetishist, a pimp soliciting for both a prostitute and a wife, a lesbian in male drag, a womanizing actor with a false limp and beard, a sleazy married man looking for some action, a stingy and uptight middle-aged bachelor with no prospects for change, a blind man who earns his money by singing in the tunnels and was her former patient, a mama’s boy who shows up with his mother, an elderly married man whose wife temporarily left him and his arrogant 27-year-old son who speaks in his behalf, a teenager playing a practical joke, a nonstop talking voice teacher whose a dullard, a salesman trying to sell her a stun gun, and assorted other misfits.

The eye doctor seems almost perfect. She’s well-educated, refined, cute, quietly pleasant and attentive, has a nice smile and a good-nature, and a winning personality. She has had four longtime relationships, and still suffers from losing the one boyfriend of four years who ditched her to return to his wife after she became pregnant. She tries calling him to explain the travails she’s undergoing and her renewed love for him, and ends up leaving long messages on his answering machine. She also confides in her gentle and married with a child former college professor, who tells her to try and endure all she can and go ahead with her life. In the end, she learns his life is even more messed up than hers because he’s living a lie.

Rene Liu is winsome in this very subtle performance and sympathetic role of a woman suffering from loneliness. We learn little about those seeking her that is meaningful, but we do learn about her deep emotional state as the film wears on. If the film wasn’t so plodding and had a better crafted story and was better edited, this could have been a much better dramatization. As it stands I cannot recommend it except for the marvelous performance of Ms. Liu, who was able to draw out all the hurt she had stored inside her in a most beguiling and perceptive way. 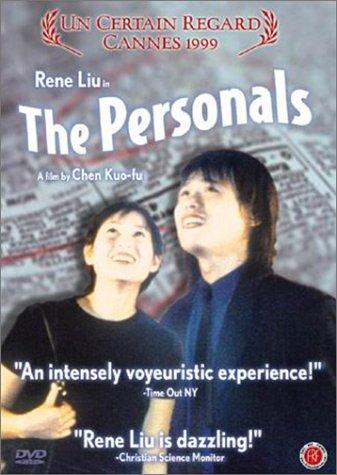