“Tells us clearly something is rotten about the American judicial system.”

This is the third part of the powerful Paradise Lost trilogy (the others were in 1996 & 2000), which tells us clearly something is rotten about the American judicial system and that it cannot be trusted to perform its duties if unchecked. In all three films co-directorsJoe Berlinger and Bruce Sinofsky examine in great detail the gruesome murders in 1993 in suburban West Memphis, Arkansas, at the wooded area of Robin Hood Hills, of three eight-year-old boys and in 1994 the conviction of three innocent teenagers: Jason Baldwin, Damien Wayne Echols, and Jessie Miskelly on the dubious evidence that they were members of a Satanic cult, wore black clothes and liked heavy metal music.

TheseHBO documentaries called attention to the world that the innocent teens, known by the media as the West Memphis 3, were railroaded and that two were given life sentences, while Damien was given the death sentence.

When new DNA and other forensic evidence was presented in 2007, the impoverished “white trash” boys who lived with their folks in a trailer park, now all in their thirties, were given new hope as a hearing was called for by theArkansas Supreme Court so that the boys’ lawyers could introduce the new evidence. The hearing was completed in 2011 and the State, realizing they convicted three innocents, still would not let them go free unless they took the Alford guilty plea or held out for a new trial. This meant the inmates were allowed to maintain their innocence but would be released as rightfully convicted guilty parties only because of time served, which in this case was a little over 18 years. The State this way avoids litigation and civil law suits. But as Jason so eloquently says, “this is not justice.” The people of Arkansas should be ashamed of how their state pursued justice and are still not willing to correct their errors, which means the chances of further injustices like this one taking place are still in place.

In the end, the film compiles enough evidence for us to truly believe these three are innocent (even the parents of the victims believe they are innocent, except for one step-father named Terry Hobbs). The film offers evidence that Terry Hobbs, the last one seen by the victims, could be the possible killer even though he was never investigated. Only his hair was found at the crime scene, while no DNA evidence from the three lads convicted was found. The journalistic documentary can’t help but to demonizes the police and judicial system for an incompetent and bias investigation, and one where they did not care if they got the right person (or persons) who did this heinous crime but bowing instead to public pressure to make a quick arrest, cover their ass, and get a conviction despite not examining all the leads, questioning all the witnesses, using a false confession from the mentally retarded Miskelly kid to hang the crime on the boys, withholding a lab report that it was wild animals that mutilated one of the boys because animal hairs were all over the crime site, and not following up on jury misconduct (Jesse’s confession was inadmissible in the trial, but the jury foreman told the jurors about it when they deliberated). Though when interviewed the recalcitrant judge, the stubborn prosecutor and the righteous lead police investigator still insist they convicted the right people and refuse to look at the part they played in this miscarriage of justice. Watching these lawmen characters interviewed should really get one steamed-up at their arrogance, inability to act without prejudice and lack of concern or courage about doing the right thing.

Credit must go to editor Alyse Ardell Spiegel for putting all this detailed information together in a coherent way that helped guide us through the long time period of dates and events.The film clearly showed the judicial system is flawed and we should be concerned. Because of celebs like the Dixie Chicks’ singer Natalie Maines and a web site sponsored by ordinary concerned citizens, money was raised for lawyers, appeals and forensic experts. This is an eye-opening educational film that has an impact on what’s happening in the country, and deserves all the praise it gets for bringing us this story and for proving to us once again the importance a film can make in our lives. 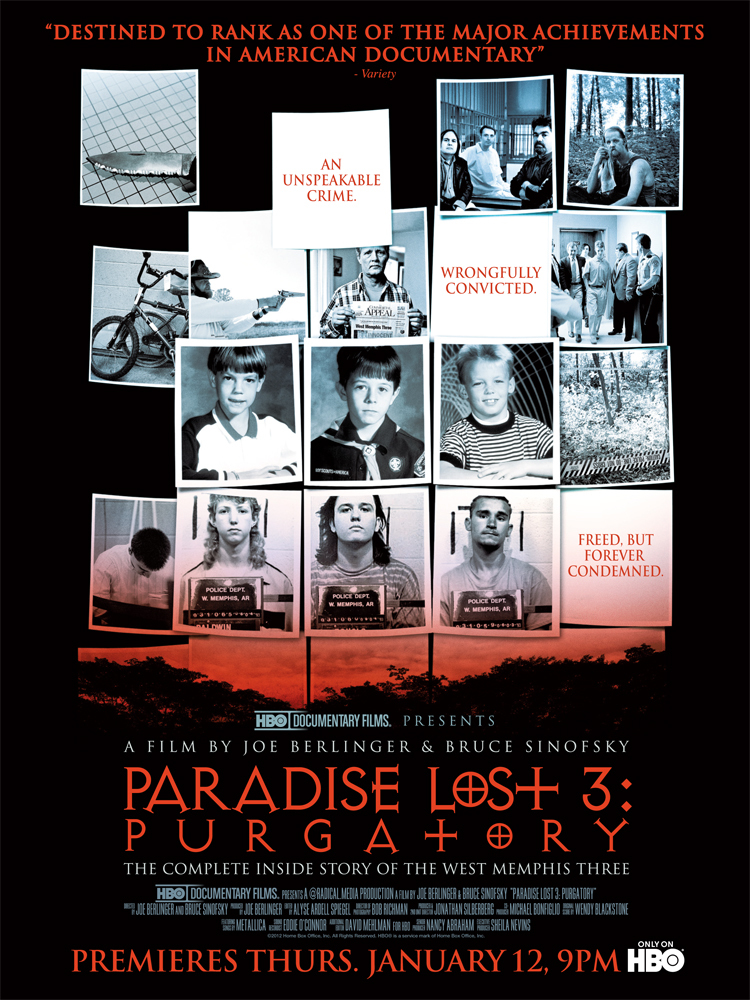 LUST IN THE DUST