Michael Almereyda’s (“Twister”) Nadja is both hip and pretentious, these terms are attached to this stylish unconventional horror film and black comedy as surely as Siamese twins are stuck together. It plods its way through the atmospheric trendy Manhattan scene by its use of an inexpensive Fisher-Price PXL-2000 toy pixelvision camera and by alternating shots in 35mm black-and-white, as it plays out as a lyrical parody of the vampire genre. The contemporary NYC scene is as likely a setting as any to find vampires, as say some Eastern European country. The film plays loosely with the familiar Dracula legend, as in yet another visit with the creature made famous in a pop-culture sense by Bela Lugosi. “Nadja” in its rush to be nutty and different shows no warmth, and is boring as often as it excites.

Elina Lowensohn is Nadja, a sexy female vampire with, of course, a heavy Romanian accent. She’s Count Dracula’s daughter who when not strolling along Times Square with an eye-catching black cape has a vision of poppa dying and tries unsuccessfully to revive him. But he has a stake driven into his heart by hammy vampire hunter Dr. Van Helsing (Peter Fonda). For that infraction, in a city that knows infractions, he gets arrested and has to be bailed out by his nondescript nephew Jim (Martin Donovan), whose wife Lucy (Galaxy Craze) will soon fall under Nadja’s spell.

Not content with Dracula’s death because the Count has outlived his magical legend and is no longer frightening, Van Helsing’s now after Nadja and her twin brother Edgar (Jared Harris)–cared for by a nurse (Suzy Amis) with connections to the Van Helsing’s. After she visits the corpse, Nadja makes the bar scene and begins a quickie romance by responding to a trite pick up line by answering “I live off of family money. From Romania.” The helpless man becomes her lover and soon becomes one of the undead. Nadja then starts her dangerous affair with Lucy, as Jim and the professor team up as vampire hunters.

After an enthralling first half as a vampire film made for the gay ’90s, the film bogs down and loses its focus and comic edge. It remains as a worthy effort that should have gone back to the drawing board to iron out all its wrinkles. The deepest revelation uncovered has to do with “psychic faxes,” which wasn’t that funny as much as it showed how the filmmaker cared more about the absurd than conforming to a code of horror genre conduct. That makes this film more for those into the filmmaker’s deadpan humor than in caring about the Dracula storytelling tradition being preserved. 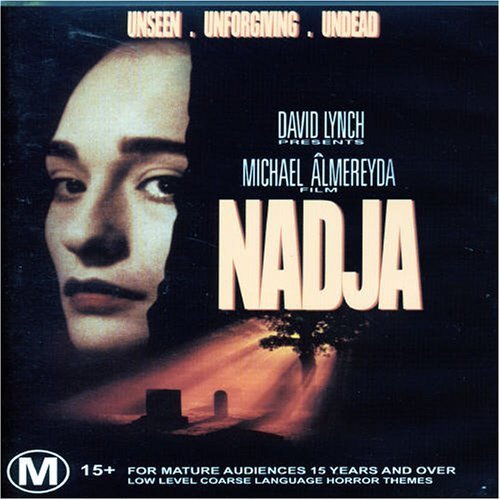