A congenial social satire that has its share of big guffaws and has a good comic feel. Robert De Niro is Jack Byrnes the imposing dad from upscale Oyster Bay, Long Island, that the humble nurse from Detroit, Greg Focker (Ben Stiller), is visiting for the weekend. Greg’s trying to win him over to get his approval to marry his attractive elementary school teacher daughter Pam (Teri Polo). The pronunciation of Focker’s homonymic last name becomes one of many running gags throughout the film.

The comedy is set-up in the many reactions between the imposing dad whose stern look can kill and the nebbish Greg, who feels intimidated in Jack’s presence and sheepishly tries not to look straight at him and also tries to bend over backwards to be pleasing. He even tells unnecessary lies that might start out small but are soon embellished into big lies that leave everyone wondering about his sanity, as he desperately tries so hard because he wants to fit in. To please Jack he even says grace at dinner, even though Pam tells dad he’s Jewish. Naturally, this fawning doesn’t work–as Jack thinks Greg is lying to him. A number of misunderstandings arise from Greg falsely being thought of as a pothead. The father also thinks he’s lying about passing the exams to medical school. Instead of becoming a doctor, Greg becomes a nurse because that’s what he enjoys best. Greg is unnerved even before he reaches the picturesque mansion, as Pam and him both leave Chicago together but only his luggage gets lost in flight.

Stripped of his clothes and forced to borrow De Niro’s, Greg’s made to be apologetic about his profession–which is considered to be a female one by Pam’s dad. He’s also flustered about being in such an overwhelmingly upper-class atmosphere. Pam is the eldest and Jack’s favorite, someone he’s overprotective of; and, just before Greg meets the parents Pam informs him that he can’t mention that they live together or that he smokes, as Jack considers that a sign of weakness. She also tells her dad at the dinner table that Greg hates cats, which gains him the instant disapproval of Jack–whose pet Himalayan cat, Mr. Jinks, is his love obsession. The indoor cat is even toilet-trained. To ease Greg’s discomfort, the Waspish perfect mom, Dina (Blythe Danner), whispers to him, when Jack’s not looking, that she also prefers dogs. Mom also acts as her daughter’s best friend, as she tells Jack: “Go easy on this one,” as she goes on to tell Jack: “I think Pam really likes him.”

Things start to get more fearful for Greg when he learns that Jack’s not really a retired florist dealing in rare flowers, but a former C.I.A psychological pro-filer Greg is soon taking a lie-detector test, being watched by spy cameras all over the house, and made to swear an oath of trust as if he were a low level spy operative being quizzed by a superior.

Greg borrows a jacket from Pam’s pothead brother (Abrahams) to go with the family to get a tux for Pam’s sister Debbie’s Sunday wedding to a snobbish doctor, Bob Banks. Jack finds a drug pipe in the pocket, which his son tells him is Greg’s. Bob’s father is also a doctor and when Bob’s parents show up at the house, the ease in which they fit in makes Greg’s unease even more apparent and hilarious. They also make him feel uncomfortable because he’s a nurse, which is an occupation they look down on for a man. To make matters worse, Greg visits Kevin (Owen Wilson), the best man at the wedding, who lives in a super-modern dream house, is handsome, extremely wealthy, generous, personable, and flawless. He was the former boyfriend of Pam’s, whom she said they only had a sexual thing. He’s someone Pam never told him about, and whatever she says to reassure him that he’s the one she loves–Greg can’t help thinking that Kevin is so much superior.

The heart of the film is made up of numerous comic sketches that are inspired sight gags: of Greg losing Mr. Jinks by letting him out and bringing home a lookalike Mr. Jinks to fool Jack and gain some Brownie points; giving Debbie a black-eye during a volleyball game; knocking over the urn holding the ashes of De Niro’s mother; accidentally setting part of the house afire by smoking on the roof and throwing the lit cigarette in the gutter filled with leaves, as the wood-carved wedding altar Kevin made as a gift also burns; and, he floods the marriage lawn by flushing a toilet he was told not to flush, which causes an overflowing septic tank.

It was a well-acted, likable and benignly amusing film. But it was the antithesis of a subversive film. The mild comedy attempted seemed effortless and was never forced, as the characters for all their eccentricities seemed to be acting quite natural. Watching Ben try to get the prized girl had its moments in the sun, the only bummer comes by way of the silly but not too funny sentimental ending. 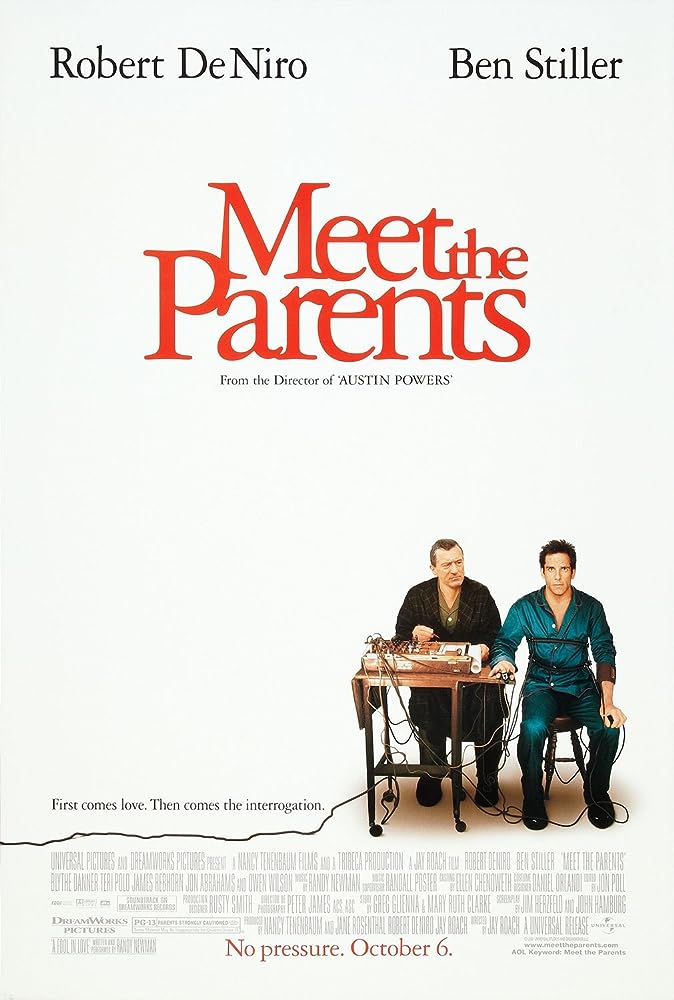 WHO’S GOT THE BLACK BOX?

BLACK PANTHERS: THE VANGUARD OF THE REVOLUTION, THE