This Fatty Arbuckle (“Leap Year”/”The Hayseed”/”The Bank Clerk”) 2-reeler slapstick comedy was a lost film discovered with one reel in each of two European countries (Denmark & Italy). It was reconstructed from film elements preserved by the Danish Film Institute and La Cineteca Del Friuli.

The comedy is set in a rural area and follows the unfriendly rivalry between Fatty (Arbuckle) and Al (Al St. John) as they vie for the attentions of the farmer’s daughter Winnie (Winifred Westover). When the dimwit Al’s father offers Winnie’s father (Frank Hayes) farm land if he can arrange the marriage between his daughter and his son, Winnie’s dad agrees. Fatty doesn’t give up and goes in drag to the wedding and tricks the preacher into getting him to marry Winnie.

There was also a a prolonged slapstick bit of Fatty trying to get Winnie’s dad out of the water well, who kept rising and falling as he clung to the rope pulley. Monty Banks played the second banana role as the stooge usually played by Buster Keaton, who was at the time serving in the military during WW I. 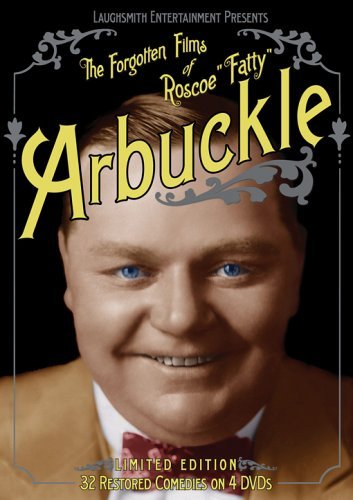