“This is a brilliantly done art-house film, offering a detached view of immigration according to the way an outsider sees it.”

German-born director Michael Haneke (“Funny Games“/”71 Fragments of a Chronology of Chance“) continues to make fascinating and diverse films about morality. Code Unknown is a film marked by its documentary style of filmmaking, as it attempts to look in a realistic way at immigration problems in Paris. It features a marvelous opening eight-minute tracking shot following Juliette Binoche as Anne, as she walks along the crowded Parisian streets. Binoche plays an actress who is in the middle of shooting a film–which means there’s a film within the film and also means it is not a stretch to imagine her as an actress. It also hones in on a woman who is an illegal immigrant from Romania and is begging on the streets, and a West African family consisting of their music teacher eldest son and their taxi driving father.

By using shots with long-takes, the director is able to capture in the facial expressions the various moods that strike his subjects. There’s an inherent violence in Western Europe and there’s a mixture of races that can easily be seen in the street scenes, as the filmmaker tries to see how a modern European city in the midst of such population changes for its white country handles itself.

In this episodic film, there are several unconnected stories that seem to be used only to make a political point; the film is devoid of plot and relies on the viewer to make their own observations from what unfolds. The connecting point, where some of the main characters converge, is in the early scene where an alienated youth, Jean (Hamidi), humiliates a Romanian woman (Gheorghiu) begging on the Boulevard St Germain by tossing a crumpled bag into her lap and cursing at her. This inconsequential street incident gets loud when a young black man, Amadou (Yenke), a music teacher of deaf children, takes exception to this and chases down the thrower and tries by force to make him apologize to the lady. This raucous incident brings out Anne, from where she’s shooting a studio film. Jean is the younger brother of her boyfriend, who has just gotten the code to stay in her apartment that she shares with her war-photographer boyfriend Georges (Neuvic). He’s away covering the war in Kosovo, but will soon return. Jean wants to stay with her because he just ran away from his farmer father, upset that he has to paint a barn. When the police arrive, the incident gets straightened out by having the beggar deported, Amadou taken to the station for questioning, and Jean released as a witness without further comment. This incident is one blur in the everyday streetlife scenes of multicultural Paris.

The film’s main character Anne is busy shooting a film where the one playing her child nearly falls from her 20th story penthouse apartment while she is swimming in the indoor pool with her husband. At home Anne is hassled by the fact that her boyfriend is cold to the problems she feels intense about, such as hearing an abused child’s cry in her apartment complex and not knowing who the child is. She forces an argument with him in the supermarket, saying he’s never there when she needs him and that he doesn’t care about anyone else but himself. Anne’s most harrowing scene is a ride in the metro, where a young Arab teenager can’t stop menacing her while the other passengers don’t know how to react and pretend not to notice, until a middle-aged Arab man confronts the troubled youth. When Georges returns to the apartment, he finds the code has been changed.

In the meantime Maria has illegally been smuggled into the country to continue to beg even though she’s ashamed of what she’s doing, but it helps support her family back home and her husband Dragos approves.

In the final scene Amadou’s class puts on a program for massed drums, a note on which the film optimistically ends on (proving that even the deaf can hear what music is inside them, if given a chance).

This is a brilliantly done art-house film, offering a detached view of immigration according to the way an outsider sees it. It doesn’t come to any grand conclusions, at least none that we haven’t seen before, but its way of telling its story holds our interest and should be a rewarding film for those who have an interest in observing things in minute details. It was an excellent idea to have a series of long-takes so we can view the African family in action, the Romanian woman dealing with her compatriots back in Romania and then desperately sneaking back into Paris to try and earn some money, and how the French family is also disengaged by the war abroad and the modern times. There’s a sense of loss here, but there’s also an excitement about what all this change could stir up. Each viewer’s reaction will be taken from their own experiences. Some might see it just as a film — the way Binoche views her actress role in the film within the film, who laughs at it when she sees herself on film. While others take it more serious as another kind of reality that affects them.

There’s a special emotional quality about “Code Unknown” that allows Paris to be seen in its lies. The film convincingly shows how hard it is for different cultures to communicate with others, and even though this has been said before the film’s method of getting to that conclusion is the thing to look for here. 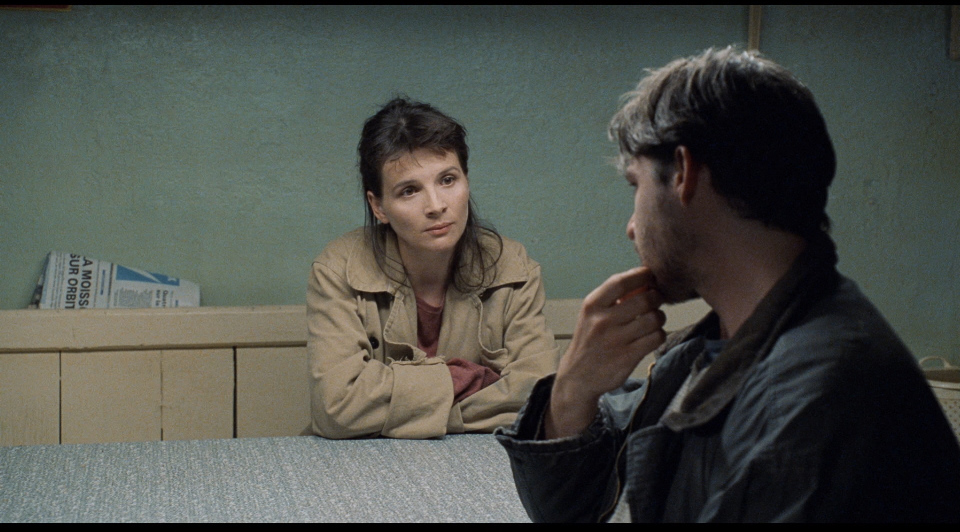