An entertaining in the Taken plotline mode, but predictable, absurd and, in the end, disappointing survivalist 80s action pic (set in the 1980s). It’s fiercely directed by Anna Foerster (“Underworld: Blood Wars”) and written with over-the-top violence by Maggie Cohn and Jack Stanley as an unapologetic kick-ass film about a senior citizen female.

It has the talented actress Allison Janney in a role Liam Neeson can do in his sleep, but even if she does a great job (which she does), the film fails to test her acting chops further with a meatier role. But it’s fun to watch her take down the sadistic guys and handle a bad script (one without emotional depth) with such ease.

Trying to escape from her mistake ridden violent past as a CIA agent for some 26 years and keep everything secret, the grouchy 62-year-old bad-ass toughie Lou (Allison Janney) moves to the quiet Orcas Island in Washington state seeking solitude. But when Hannah (Jurnee Smollett), a troubled neighbor who rents a house from her but doesn’t know she’s ex-CIA, tells Lou that her menacing former Green Beret ex hubby, has kidnapped her preteen daughter, Lou feels obliged to help her track him down.

One problem is that a major storm means no one is getting on or off the island while the storm rages, which gets them off to a slow start in their pursuit.

When things clear, along with her dog Jax and needed weapons, Lou sets off on the trail of Philip (Logan Marshall-Green), tracking him like she tracked other scum during her long career. 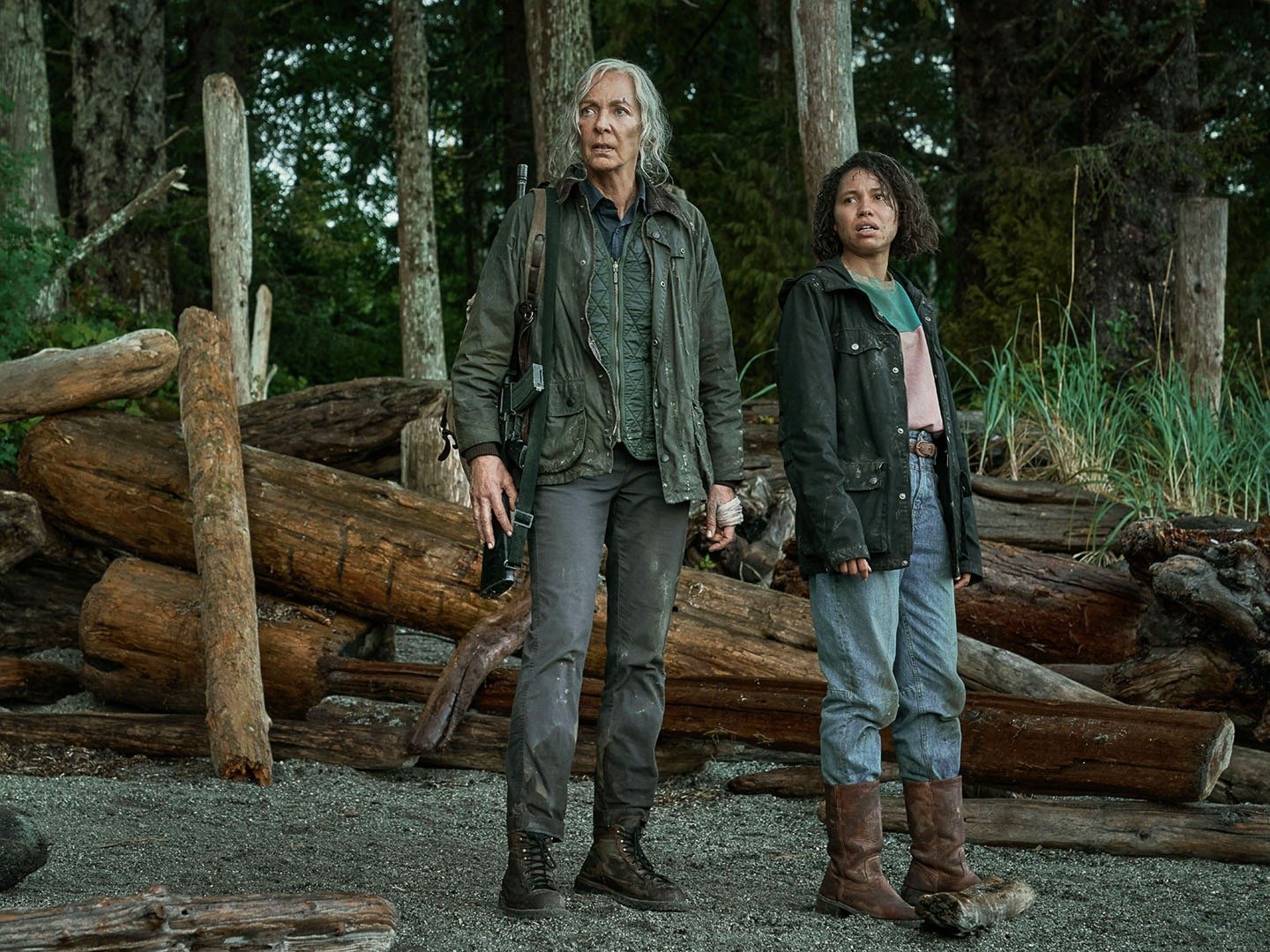