Veteran Brit filmmaker Neil Marshall (“Dog Soldiers”/”Doomsday”) directs and co-writes with his wife, the film’s star, Charlotte Kirk, for this poorly executed and silly B-film war story/horror pic. It was filmed in Hungary.

While in action as a pilot, in 2017, for the American Air Force, Lt. Kate Sinclair (Charlotte Kirk) is downed in a remote mountainous part of Afghanistan. While taking shelter from fighting the insurgents, she lands in a secret, off the map, empty Soviet underground bunker, where she uncovers some deadly awakened, after entombed for thirty years, man-made weapons–half human and half alien. The monsters are hungry, and have savagely eaten several of the insurgent pursuers.

Luckily Kate escapes to the mountains, where she’s rescued by a raggedy misfit U.S. outfit, with their cynical eye-patched major in charge (Jamie Bamber), who assumes her monster story is a crock. Thinking that maybe her story can possibly be true, Sgt. Hook’ (Jonathan Howard) orders are to “Kill anything that shrieks!”.

The rescuers have with them an Afghan prisoner, Kabir (Hadi Khanjanpour), and when Kate’s story proves true after the bio-engineered robots kill most of the outfit, the survivors along with their prisoner invade the bunker to kill their non-human enemies

The lightweight war drama proceeds with some messy battle scenes and leads to a film you would probably rather not remember. 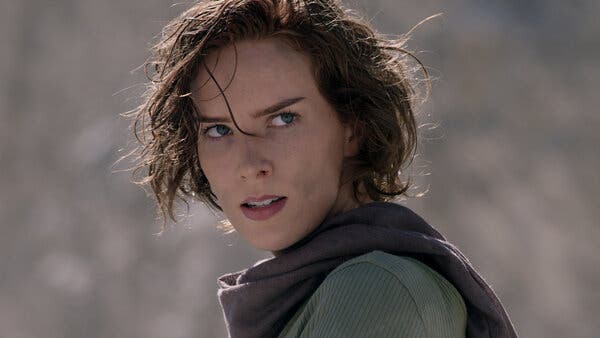