“This one is just about musicians taking global warming to heart and bonding to make a solid contribution to culture and humanity.”

A minor work but a unique 54-minute art-house rock doc involving an artistic collaboration that took place in the spring of this year, when Radiohead’s western guitar player Jonny Greenwood and the group’s lead guitarist Nigel Godrich, jet to Rajasthan, India, to meet with Israeli singer-composer Shye Ben Tzur, and some gifted musicians from India (trumpeter Aamir Bhiyani, nagara players Nathu and Narsi Lal Solanki, vocals and harmonium-playing duo Zaki and Zarkir Ali Qawwal, and many more). While hosted by the Maharaja of Jodhpur at the beautiful 15th-century Mehrangarh Fort, the talented group sit on the floor of a special chamber at the fort and beautifully create an east-west blend of original music. The result is the delicious album called Junun.

It’s handsomely directed by Paul Thomas Anderson(“There Will Be Blood”/”Boogie Nights”/”The Master”), with no frills–just the music. Just don’t expect one of Anderson’s complex thrillers, this one is just about musicians taking global warming to heart and bonding to make a solid contribution to culture and humanity. If you can accept it as such, I don’t think you will be disappointed. 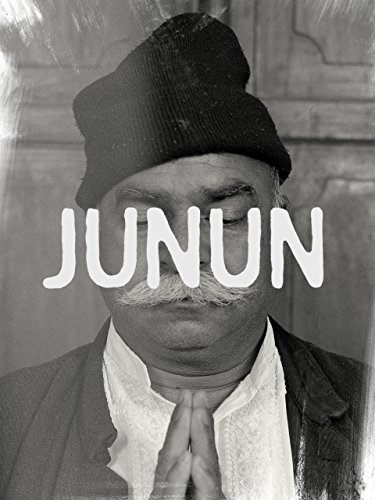