I LIVE IN FEAR (Ikimono No kiroku)

This is Akira Kurosawa’s most problematic social drama and his least successful commercial film, one that is also artistically faulty — meandering in purpose and poorly scripted. Kiichi Nakajima (Toshirô Mifune) is the elderly patriarch of a Tokyo family. He started an iron-cast foundry and has built it into a very successful business, one in which his sons and daughters hope to inherit. But Kiichi has been overly concerned that Japan is no longer a safe place to live because of a possible A-bomb and H-bomb attack at any time. Kiichi, according to his sons Jiro (Chiaki ) and Ichiro (Sada), has squandered some of their inheritance money by building an underground bomb shelter. He now wants to buy a farm in Brazil and take his whole family with him, because he considers South America as the only safe place in the world from an atomic bomb attack. The problem is that no one in the family wants to leave Japan, and as a result they take him to family court and ask that he be ruled as mentally incompetent.

Dr. Harada (Shimura) is a dentist by profession, but he acts as a mediator in the family court listening to both sides and trying to settle the dispute in an impartial way. He is the moral conscience of the film, as he takes Kiichi’s fears seriously. But the court after listening to both sides, finds that Kiichi’s behavior is irrational and rules him mentally incompetent. Kiichi still tries to take his family, his mistress and the child he has by his mistress, to Brazil. He has even arranged to swap homes with a Brazilian farmer. But he runs into money problems when he tries to purchase more Japanese land to make the deal equitable. He is resisted by all his children, except for Sue (Kyoko). She doesn’t want to leave Japan, but loves her father and tries to give him her moral support. He has made his family very unhappy and caused a rift, so when he hears Jiro say he will never leave the plant — he thinks that the family is too stuck on the business and do not really see the nuclear dangers he sees.

Kiichi will burn down the foundry. In the last scene he is visited in the mental institution by Harada, who feels guilty about his decision against Kiichi. By this time all Kiichi can do, is stare out the window and proclaim that the world is on fire. The psychiatrist tells Harada: Is he a lunatic or am I the lunatic? The film even at that final point of the story couldn’t decide who is insane, him or society.

The schematic melodrama failed to be convincing in proving that the Mifune character wasn’t batty all along. Mifune was miscast. He appeared as an elderly man of 70, but the youthful 35-year-old actor seemed awkward in delivering his lines and unsure of what he was saying. Mifune didn’t talk as if his fears were coming from his heart. He looked like someone who was in the wrong picture and knew it. Kurosawa tried to manipulate the emotions, but he seemed lost in getting to the core of the Mifune character. This seemed like a film ready-made for a great humanist director like Ozu, someone who could find some common sense in a situation that was totally absurd. 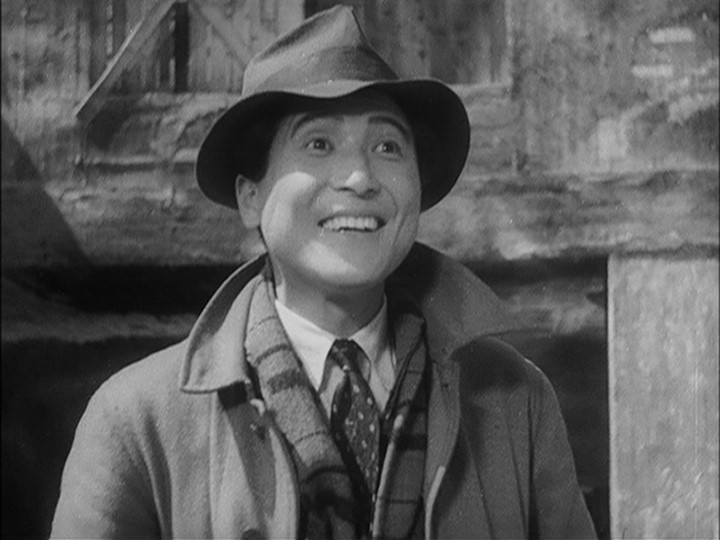