EAT A BOWL OF TEA

Wayne Wang (“The Joy Luck Club”/”Maid in Manhattan”/”Because of Winn-Dixie”) directs this pleasant but unexciting ethnic comedy/romance set in NYC’s Chinatown in 1949, that raises issues of immigration and assimilation without probing deeply into its effects. It’s based on the 1961 novel by Louis Chu and written by Judith Rascoe. The title is a literal translation of a Chinese phrase meaning “Take your medicine.” The plotline is built around the effects of The Chinese Exclusion Act set in place by the American government in 1882 that banned Chinese immigrants from bringing their wives or daughters to the United States. At the end of WW II the law was changed and the men could now bring their spouses to America. The Chinese men came here to get rich and many remained for a long period of time without returning to see their families, while those with wives never could bring them to America and lived lonely lives as married bachelors spending time in clubs, playing mah-jongg and going to brothels.

Two years after Ben Loy (Russell Wong) returns from the war as an American soldier, his elderly small-time gambler club owner father Wah Gay (Victor Wong, a Jack Kerouac companion and one of Ken Kesey’s Merry Pranksters) sends him to Hong Kong to visit his mother (someone his father hasn’t seen in 20 years), and there’s an arranged marriage with the daughter of his best friend in Chinatown, Mei Oi (Cora Miao, Taiwanese actress, Wang’s wife). After a traditional wedding the couple live in Chinatown, where Ben is hired to manage a busy restaurant and wifey marvels at running tap water and a gas-burning stove.

Problems arise from the job sapping all Ben’s energy and the busy-body relatives and the Chinatown community putting the pressure on the couple to raise children, which makes hubby very anxious. Wifey becomes homesick, bored and frustrated that hubby is impotent, and is seduced by a smooth womanizer gambler named Ah Song (Eric Tsang, Hong Kong director). The cheerful but sleazy gambler gets Mei pregnant. When it’s learned that Ben isn’t the father, Wah Gay protects the family honor by attacking Ah Song with a cleaver and cuts off his ear (which is filmed as broad comedy).

The film gets by on its charm, its lighthearted mood and its period atmosphere. Unfortunately around a half hour after the movie is over, it no longer seems filling. 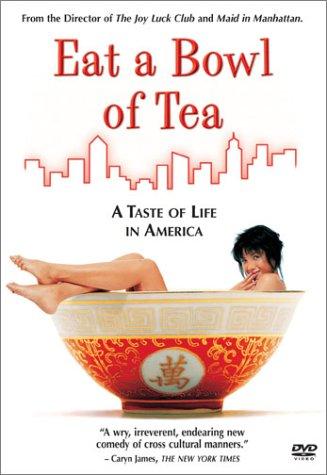