DIE HARD WITH A VENGEANCE

“Doesn’t play as well as it does as a lone wolf vehicle.”

This is the third Die Hard film. John McTiernan (“Predator” and “The Hunt for Red October”), who directed the successful first Die Hard film, returns as director. But it’s a stinker, written by Jonathan Hensleigh as a crowd-pleaser with relentless action. It no longer has Bruce Willis as the lone wolf cop crime fighter hero, as he’s partnered with a white-hating Harlem shopkeeper, Zeus Carver (Samuel L. Jackson). This makes it a buddy-buddy film between opposites, and doesn’t play as well as it does as a lone wolf vehicle. The characters are based on the ones created by Roderick Thorp.

The big box office hit can be viewed as mindless escapist entertainment that offers a variety of ridiculous set pieces (that include: school bombings, subway bombings, a department store bombing, a frantic car chase through the crowded city streets and the robbery of the National Treasury). These sites are filmed around NYC landmarks. The villain behind this craziness is a genius psychopath terrorist Nazi-esque mad bomber, Simon (Jeremy Irons), the brother of the dead villain in the first Die Hard, who has a grievance against McClane and a desire to do evil to the city while enriching himself.

It’s confusing, schematic and idiotic, but the set pieces are more explosive and better made than the ones in the other two films — which is probably why the sequel drew a big audience.

The film was released only a month after the bombing in Oklahoma City.

Lt. Detective John McClane (Bruce Willis), of the NYPD, has been suspended from the force for reckless behavior and over his alcohol problem, but is called back to work by his old boss Inspector Cobb (Larry Bryggman) after madman Simon calls the police brass demanding McClane join in a deadly game of Simon Says otherwise he will blow up parts of the city.

It opens with the promising start of McClane being made to stand alone on a street corner in Harlem wearing a sandwich board (with the ‘N’ word). When a gang of Black youths attack him, he’s reluctantly rescued by Zeus and taken to police headquarters. Simon now has both men following his crazy marching orders, as ideas run dry for its continuing set pieces and things fizzle (the film is saved from a disaster only by the solid special effects). 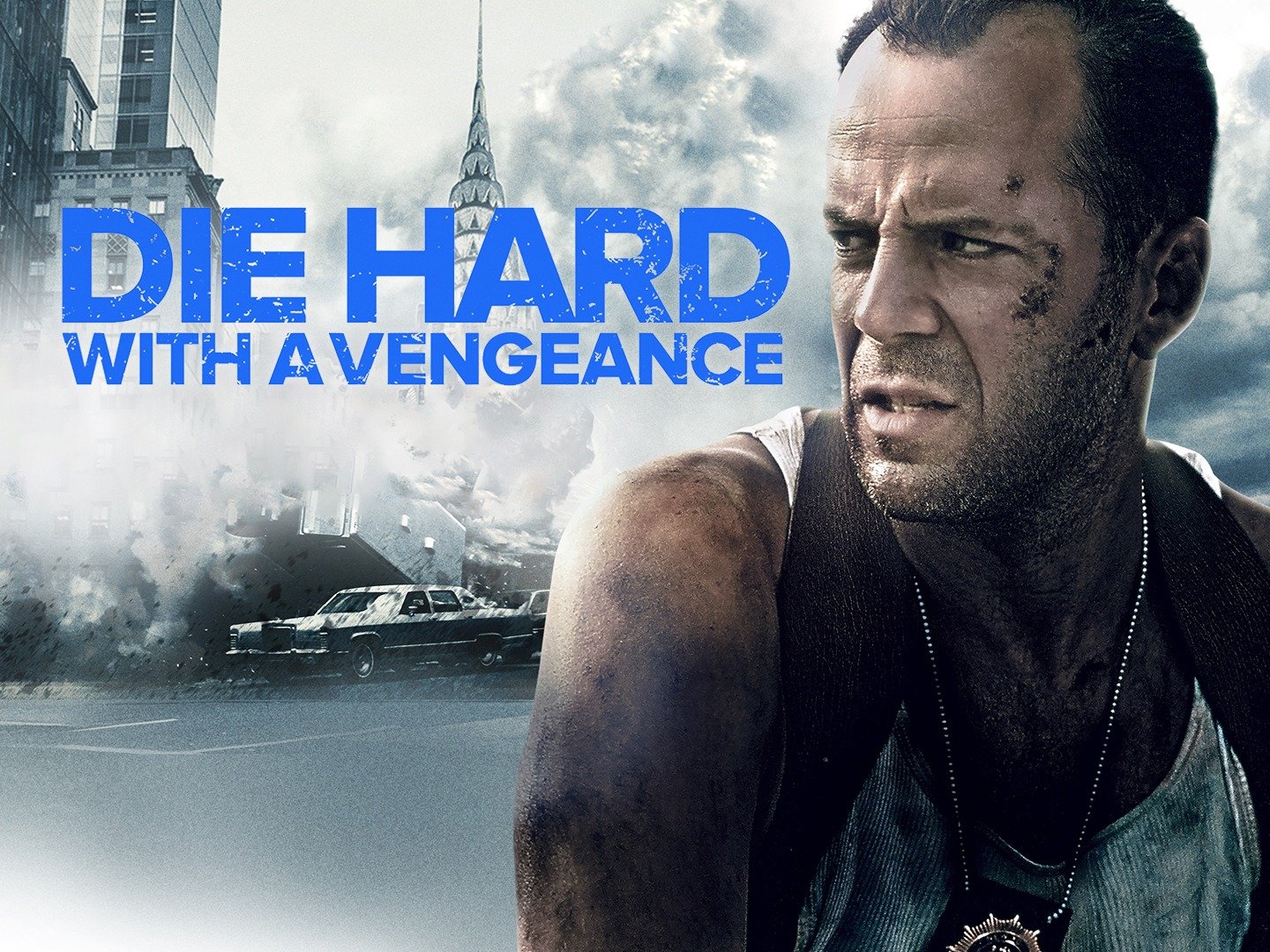 A MOMENT OF INNOCENCE

OTHER SIDE OF THE STREET, THE