“Sensitive performances by the stars and atmospheric footage from the period keeps the fires going, in this otherwise overcooked romantic drama.“

Director Claude Autant-Lara presents a faithful adaptation of the novel published originally in 1923 by Raymond Radiguet, supposedly semi-autobiographical, when the author was only 20 years old. He died of typhoid fever later that same year. The film is linked to the school of cinema known as “cinema de papa.”

“Devil” is set around the end of WW1 in 1918. While the French streets are lined with people joyously celebrating the Armistice, schoolboy Francois (Gerard Philipe) sadly muses over his affair during the war with older military hospital nurse Marthe (Micheline Presle). He has been barred from the funeral, which is sparsely attended. Their romance is told in flashback. It seems she gets engaged to a soldier (Jean Varas) in the battlefield while her affair with Francois is taking place. She soon marries the soldier and then decides that she doesn’t love him, so after breaking up with her schoolboy because he was immature and jealous she begins to see him again. The romance predictably leads to tragic consequences when it’s discovered that she’s pregnant with her lover’s child.

Sensitive performances by the stars and atmospheric footage from the period keeps the fires going, in this otherwiseovercooked romantic drama. 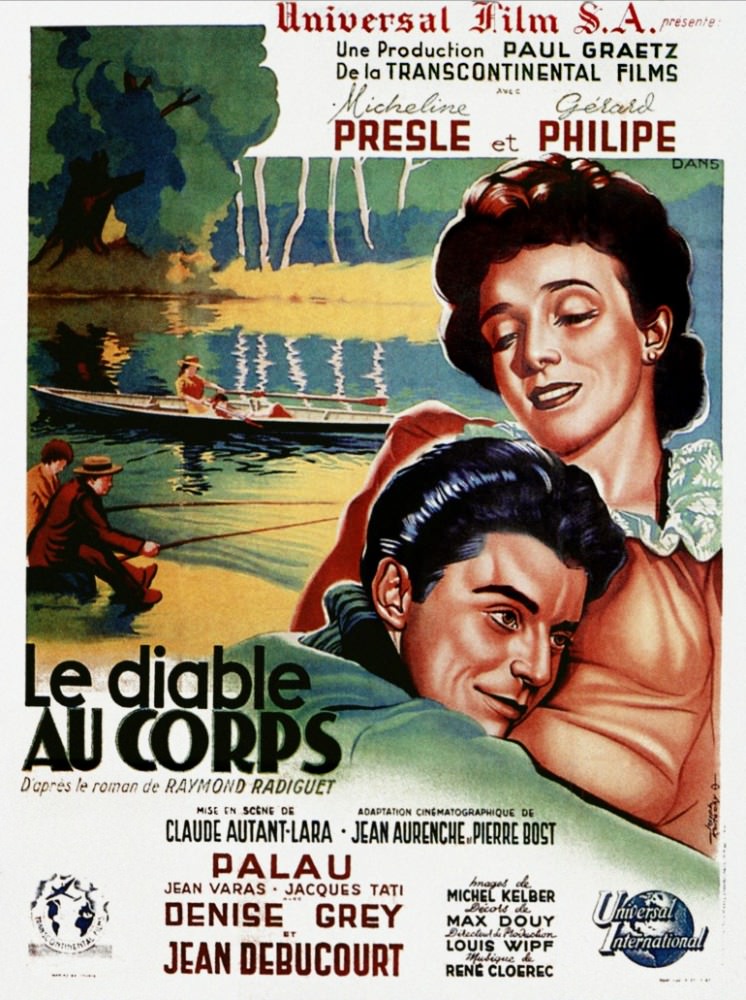