“The infantile comedy gets over mainly because of the stroke of genius casting of Andy Warhol underground star Taylor Mead as the spastic president of the United Status.”

Sophomoric spoof on politics serves as Robert Downey’s (“Hugo”/”Chafed Elbows”/”Putney Swope”) first feature length film. It goofs over the office of the American president, Catholic confessions and the WH influence, and gives no mercy to the insane advisers to the president. It has offbeat lines such as the “left has to be wrong because it’s not right.” The infantile comedy gets over mainly because of the stroke of genius casting of Andy Warhol underground star Taylor Mead as the spastic president of the United Status, implying America is ruled by degenerates and that elections will not ensure capable leaders. Otherwise it holds up as a curio in anti-establishment comedies that crudely and irreverently has its silly say about the hypocritical American political system and once in a while scores a whopper in its satire. Its best satire is of LBJ’s damaging presidential campaign “Daisy” ad.

It starts off with a psycho sanctimonious priest (Richard Roat) on his way to the WH, a rundown Victorian house in the sticks, stopping to pickup a hitchhiker (Elsie Downey) and raping her before tossing her into the bushes and riding off. It follows with the bumbling idiotic newly elected by a landslide president of 1973, President Sandy Studsbury (Taylor Mead), a Millard Fillmore University grad, waving a miniature American flag while seated and with his team of three cartoonish advisers–an extreme right-winger known as “the Fascist gun of the west” (James Greene), a loopy liberal known as the president’s “left-hand man” (Jim Antonio) and a manic depressive radical who majored in self-flagellation at the University of Hard Knocks (Tom Gaines)–irrationally discussing the threat from “the Red Siamese” and the country’s racial divide.

A white peace poet is beaten to a pulp trying to integrate a black college in the south, even though he hates blacks. One adviser proclaims “Salinger is God!”, George Washington is referenced as a horse thief, another adviser declares “every man has a right to be a bigot” and a bogus Leon Trotsky quote that “God is a real guy” is accepted as gospel. 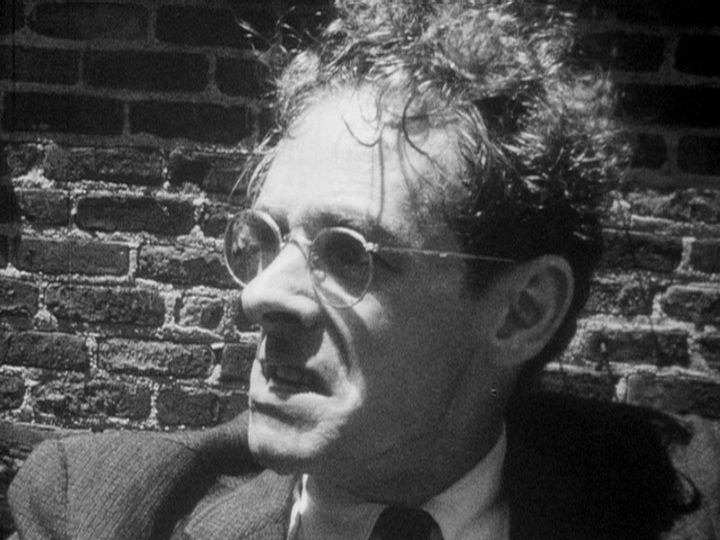