WILLIAM S. BURROUGHS: A MAN WITHIN

“Engrossing documentary tells us all the vital things we should know about William Burroughs.”

Writer/director/producer Yony Leyser in this engrossing documentary tells us all the vital things we should know about William Burroughs, the “Beat” generation author. He was born in the Midwest, went to Harvard, was heir to the family adding machine business that went bust, dressed conservatively and acted aristocratic, lived on the Bowery in NYC, was a hipster author, Beat poet, father figure to the punk rock movement, junkie, queer, wife killer and forever a rebellious controversial figure. While living in Mexico City during the early 1950s, Burroughs while drunk accidentally shot his wife while playing William Tell. Never convicted, he moved on to Tangiers, where he wrote his landmark scandalous book “Naked Lunch” that put him on the international map as an influential surreal writer. The book is also noted as the last one banned in America, and in 1966 the Supreme Court overturned the ban. Allen Ginsberg stands tall as his long-time friend, and when he died in 1997 Burroughs died a few months later. John Waters speaks out for what it meant in the suppressed 1950s for Burroughs to openly say he is not only gay but a junkie. The gist of the conventional film makes use of unseen before archival footage and of talking head interviews with those he crossed paths with: friends, lovers, punk rockers, literary figures, filmmakers and artists. During the interludes, there’s mildly interesting abstract stop-motion animation by Aimee Goguen and Dillon Markey. Burroughs is an unabashed nutty gun owner, someone uncomfortable about joining any group and a person who rarely gets emotional. It’s also possible that he might be an unhappy and haunted man who never got over the guilt of causing his wife’s death and was never around for his needy junkie son who died at 33. The film doesn’t tells us anything we don’t already know about Burroughs, but this sympathetic portrayal seemingly gets things right about this cranky 20th century counter-culture icon. 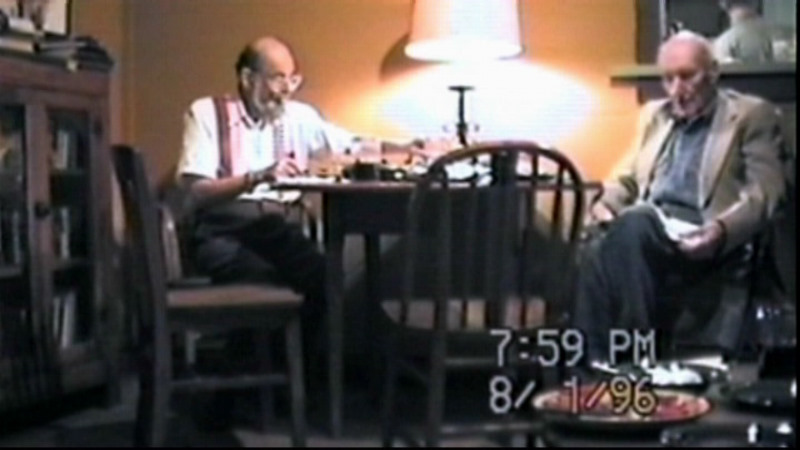