“A painful view of the failures of love.”

A painful view of the failures of love depicted with unforgiving rawness by French post-New Wave filmmaker Maurice Pialat (“Van Gogh”/”Loulou”/”Police”), in this difficult to watch misanthropic relationship film based on the director’s autobiographical novel.

The forty-something Jean (Jean Yanne) is a self-centered and overbearing asshole struggling documentary filmmaker, who is estranged from his wife of ten years Francoise (Macha Meril) and for the last six years has been in an intense relationship with an attractive 24-year-old temp office worker named Catherine (Marlene Jobert). We pick up the relationship in its dying last few months and can only be repelled at the mental and sometimes physical abuse Jean heaps on Catherine, and can only wonder why the bright modern woman puts up with it. Her parents and friends are used by Jean to try and explain his strange way of showing his love for Catherine, a love that causes her grief and confusion as he aims to possess her by putting her down as he insults her at every opportunity. The couple break-up in one scene and return together in the next scene for numerous times throughout the film, until finally there’s the kibosh on the romance. Jean’s loss of Catherine stings the most when he learns it’s really over and he no longer has the upper-hand, and that begging her to return gets no further play for his perverse love only some sympathetic nods.

It’s an unsettling mature film aimed at the heart and mind, that is mostly interesting because it’s a true story about the director’s dark side and his disturbing way of showing how the loss of a loved one through a split leaves bitter-sweet memories and a sense of great loss. 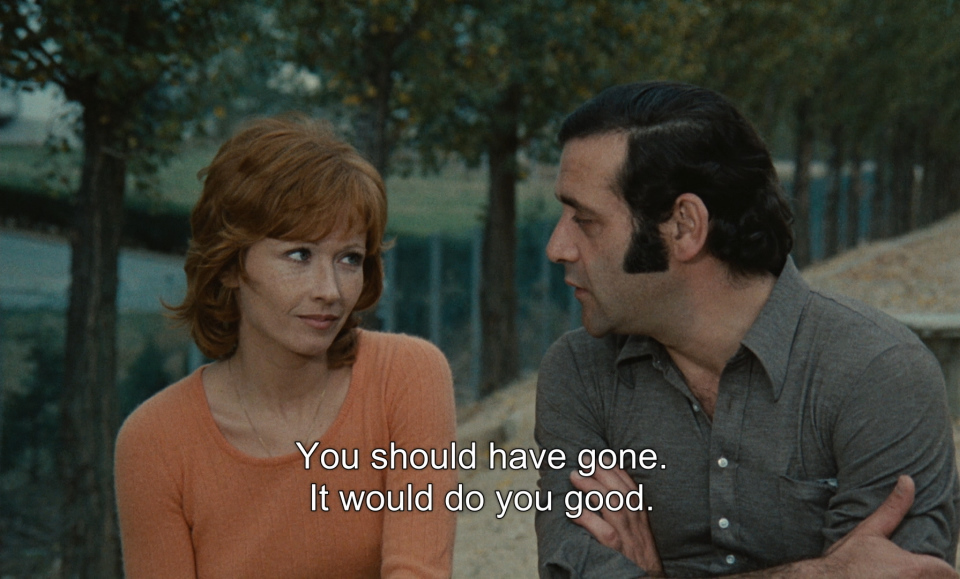