“The film was banned during the French elections.”

There is something terribly amiss in this Chabrol thriller. It is the ending. The film seems to land with a flat thud. We expect the lovers to either get away with their crime or be tripped up in a strange way, yet neither scenario materializes.

Pierre’s (Michel) marriage to Clotilde (Clotilde) is unfulfilled, as his sickly wife offers him no love and inspiration.

Lucienne’s (Stéphane) is married to Paul (Claude), a successful politician who needed a beautiful wife by his side to help promote his political career. Their marriage is one of convenience. When Lucienne was 17-years-old she got pregnant and had a daughter named Helene (Eliana) with someone she had no feelings for. She married Paul on the rebound. There was never any love or sex in this shell of a marriage.

Pierre and Lucienne have a hot and passionate affair. They meet on the sly and in a comical way pounce on each other upon meeting, acting like sex-starved teenagers who immediately rip off each other’s clothes. Their romance grows into this tremendous need they have to be together. Pierre will be soon driven to overmedicate his wife, making her death look like a suicide. Lucienne will cover-up the murder of her husband, with a story about a traffic accident.

Questions of a political nature arise in regards to this factually true story which might not be that recognizable for a foreign audience, but is central to the way the French looked at this film and the reason they found it to be controversial; especially, since it opened during their national elections. The film was banned during the French elections. Its implications point to corruption among government officials of the Gaullist party. Paul’s involvement in a shady land deal is similar to what happened for real. In the film, the town gives Paul a sweetheart deal and he splits the property with his small town government. But on his half of the property he will make a windfall when he opens up a plastic factory. The political fix is in, so when Paul is found dead the local cops check with the president of the country before they do anything about investigating the incident. 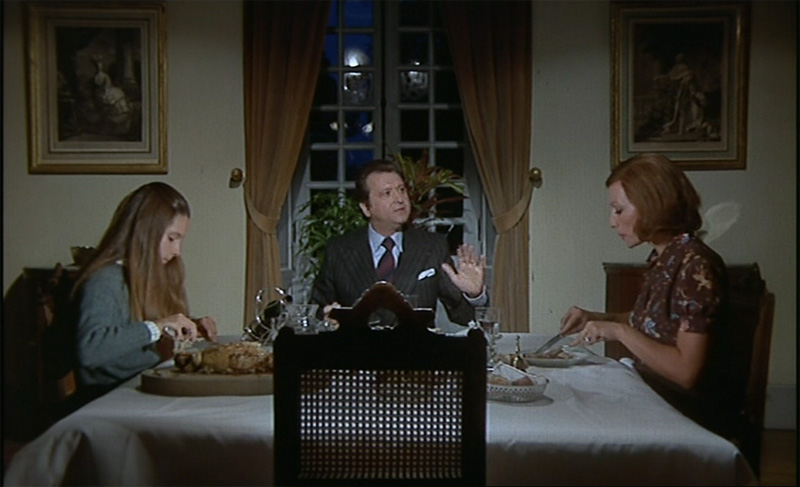