The fast-moving silent film by Yasujiro Ozu (“A Hen in The Wind”/”Late Spring”/”There Was A Father”) was tagged as a gangster film, one influenced by Josef von Sternber’s Underworld (1927), though it’s filled with comedy and domestic situations–making it just as much a romcom. It has snarling hoods, dressed in fine Western threads, hanging out in pool halls and boxing gyms, and living the good life enjoying their spoils in a changing Tokyo, that is rapidly turning more and more Western from its once exclusive traditional family ways. Its main story tells how a virtuous woman wins the heart of a young punk and he goes straight to be with her. The story revolves around delinquent petty thief Kenji (Minoru Takada), known as Kenji the Knife, dreaming of being a boxer, and his loyal but not too swift sidekick Senko (Hisao Yoshitani). They are first seen as Senko lifts a wallet at the docks and is chased by a mob. When caught and frisked, he’s able in the crowd to pass the wallet off to Kenji.

When the boys check out a jewelry store to rob, Kenji is attracted to the beautiful girl, Yasue (Hiroko Kawasaki), a typist who purchased a ring for her sleazy westernized boss Ono (Takeshi Sakamoto). They also admire the shiny new car she emerged from. Back at the office, which features the movie poster for the American film with Joan Crawford “Our Dancing Daughters,” Yasue rejects the sexual advances of her boss, and at night sadly tells her puzzled mom (Utako Suzuki), sitting by a steaming tea kettle, what happened at the workplace.

When one of Kenji’s goons, Gunpei (Teruo Mori), tells Kenji’s cheeky moll Chieko (Satoko Date) that he’s avoiding her because he’s smitten with Yasue, Chieko, who works in the same trading office as Yasue, plots with the boss to trap Yasue in a hotel room. When Kenji hears of this, he rescues Yasue and promises to give up a life of crime. We soon see him happily working as a window washer. When Gunpei and Chieko try to lure him into committing a big job with them, he rejects their offer to the delight of Yasue. Later when Gunpei and Chieko are caught by the police they snitch on Kenji, and the police identify him as the criminal from his earlier crimes due to his wrist tattoo. Kenji confesses and cheerfully goes to serve his time so he can pay his debt to society and have a fresh start with Yasue as an honest citizen.

Ozu is telling us from the story by Hiroshi Shimizu and script by Tadao Ikeda, that everyone in Japan must compromise if the changing urbanized society is to remain stable. Ozu makes it clear that goes for both the traditionalists and those flaunting their new Western ways. It’s a minor Ozu pic, but is enticing on how in the end we are left wondering how the lovebirds will manage to get on with their lives after both made big compromises over their values and career choices. Ozu hopes the couple can succeed but has some doubts, as in one early scene a career gangster say ‘greed is what makes the world go round.’ 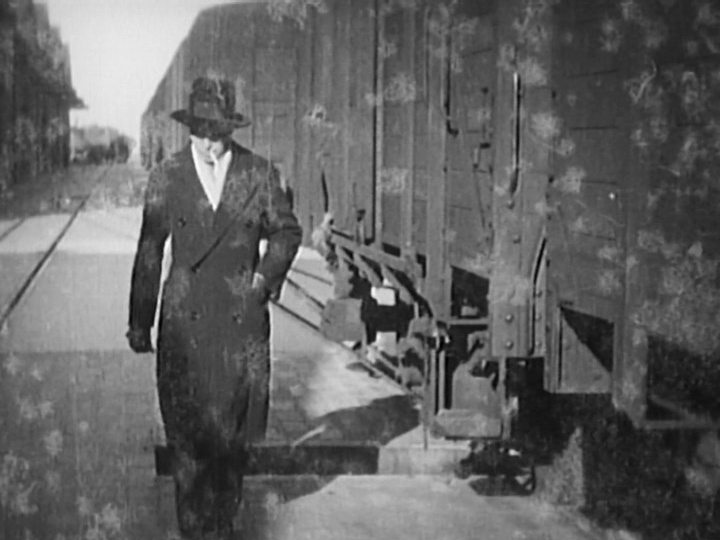