LOVE ON THE RUN

Director W.S. Van Dyke (“I Married an Angel”/”Another Thin Man”) helms this fast-paced snappy romantic comedy. It follows the same premise as It Happened One Night of a runaway heiress in a love-hate relationship with a bold reporter. It’s based on the story by Alan Green and Julian Brodie. In real life Joan Crawford just married Franchot Tone, but had long been involved romantically with Clark Gable (now good friends). In this busy lightweight screwball comedy the three stars try hard but the script is so feeble, that their efforts are in vain.

Barnabas Pells (Franchot Tone) and Michael Anthony (Clark Gable) are rival American working-class journalists based in London, with Mike being the more slippery one when it comes to being able to out scoop his rival. When Mike covers the wedding of spoiled American madcap heiress Sally Parker (Joan Crawford) to a fortune-hunting European prince (Ivan Lebedeff), he discovers she jilts the groom. He then convinces her to flee with him. The catch is she doesn’t realize Mike is a reporter, a profession the publicity shy heiress hates. While on-the-run, Barnabas manages to track them down and tag along despite Mike’s tricks to outfox him. Meanwhile Mike discovers the airplane he stole to make his getaway with Sally belongs to Baron Spandermann (Reginald Owen), and finds evidence on the plane that links the Baron with a spy ring. Mike works on cracking that story after he crash lands in France. The couple are pursued by the Baron and the Baroness, as they hope to stop the reporter from uncovering their spy ring. Sally eventually finds out Mike is a reporter, but by that time she’s fallen in love with the big lug.

The inconsequential film also featured William Demarest as Gable’s editor back in New York. Though the plot line is thin, the presence of Crawford and Gable make it watchable. 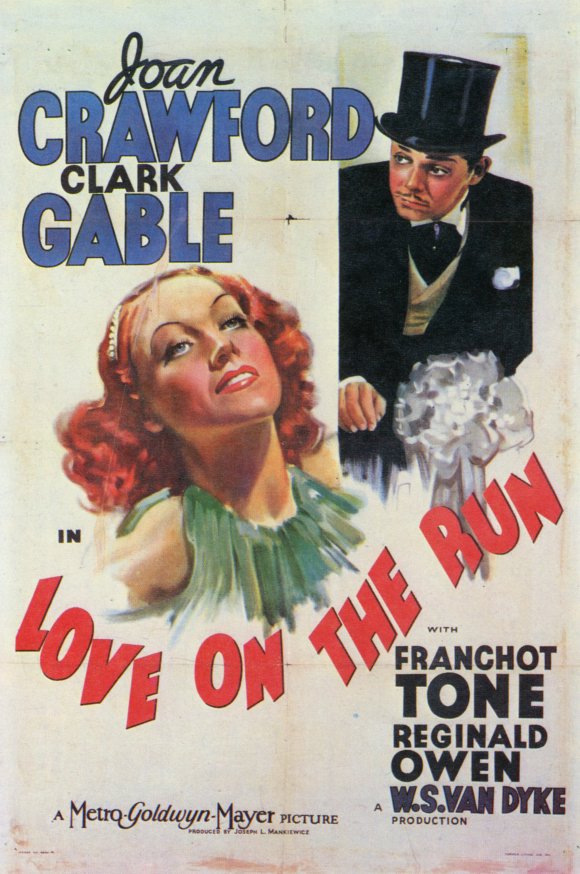