Gordon Douglas (“Them!”/”Saps At Sea”/”Tony Rome”) directs in a semi-documentary style this Cold War espionage tale that eschews the reality of how the lawmen work in spy cases in favor of keeping it hopping along as an action thriller. Writer George Bruce adds a lot of plot twists from a story by Bertram Millhauser. It’s a tolerable and unpretentious routine thriller that not only cautions against evil Russian Commie agents but possible American traitors in the scientific community. It was made at a time when the House Un-American Activities Committee was investigating the government and Hollywood for communist infiltrators and Hollywood was sensitive to showing off to the right-wing politicians and the concerned American public that it was patriotic.

Someone at the U.S.’s top-secret Lakeview Laboratory of Nuclear Physics in Southern California is stealing the formula to the latest atomic plans for a guided missile and the FBI and Scotland Yard team up to investigate since the incident has international ramifications (in reality it would have been British intelligence since the Yard only handles routine police business and not espionage). Scotland Yard sends over Scotty Grayson (Louis Hayward) and he teams with the FBI lead investigator Dan O’Hara (Dennis O’Keefe). The pair trek to San Francisco where they find that the spies are using the art work of a master Commie spy, an artist named Igor Braun (Onslow Stevens), to hide in the drawing in invisible ink the formula stolen from the lab and then shipping the art work to their fellow spies in London. The agents trail Igor to find which of the scientists is doing the leaking and how that traitor gets it out of the security tight lab. By hooking up a two-way mirror, the agents are undetected while they observe the project scientists and the project head’s secretary at their regular Friday meeting: the Austrian refugee genius mathematician Ritter Van Stolb (Carl Esmond); the Brit scientist William Forrest (Lowell Gilmore); a prominent Bostonian whose family tree dates back to the original settlers, Romer Allen (Charles Evans ); the head of the project Townsend (Art Baker) and the secretary, Toni Neva (Louise Allbritton), who speaks Russian.

The film was shot on location to give it the right atmosphere. Though the acting was vanilla, the melodramatics contrived and the story predictable, there was suspense finding out who was the leaker and the situation was kept plausible. It’s not a particularly good film, but it was entertaining. Raymond Burr as one of the more ruthless gung-ho Commie spies makes for a wonderful villain, giving the film some bounce as he tries to kill his lawmen adversaries. 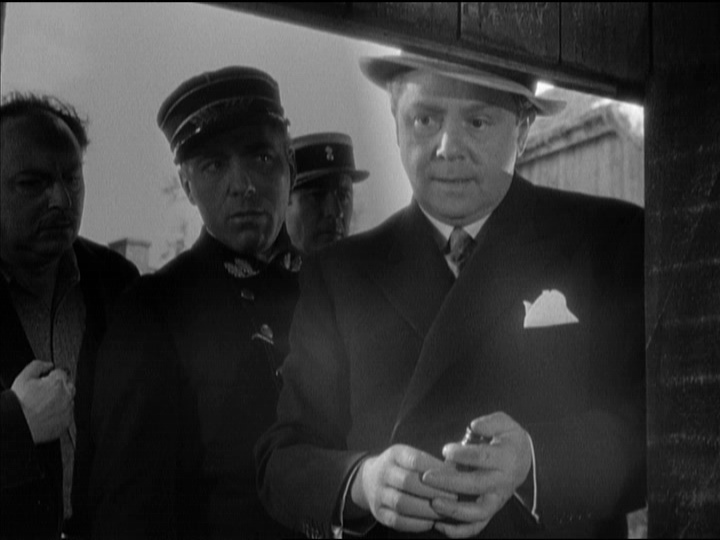