Jean-Jacques Annaud’s (“The Name of the Rose”/”The Bear”/”Quest for Fire”/”Seven Years in Tibet”) Two Brothers is intended to be a family-value entertainment children’s story. The French drama is about two tiger cubs, Kumal and Sangha, in the jungles of French colonial Indochina (Cambodia), at an unspecified time (circa 1920s), separated from their parents and each other by a great white hunter who kills their father. The mercenary big game hunter, scavenging in the jungle to steal the statues from the abandoned Buddhist temples, Aidan McRory (Guy Pearce), when given another chance to redeem himself will have a change of heart about his greedy actions and act in a positive way after a twinge of conscience. The hunter will bring about the reunion of the sibling tigers as adults in the wilds.

At best, the film serves as a lecture on mankind’s ignorance in killing off the Bengal tigers for sport or capturing them for entertainment in carnivals or unnatural habitation in zoos (a century ago there were 100,000 Bengal tigers in the wilds today only 5,000). I had no trouble with the film’s uplifting message, it was just that I found the film dull for adult viewing and perhaps too mature a fable for children. It leaves an unclear dangerous message for children by sentimentalizing the beasts to such a degree that it too easily dismisses that tigers are natural killers and not meant for pets. Annaud’s tigers are benign—huggable poodles with hearts of gold.

The adventure film is seen through the eyes of the tigers, who are humanized and projected as humans with thoughts and feelings. Annaud thinks little of human moral values, and sides wholly with the beast as the more noble creature. They are shown as friendly playful creatures, who are adorable as cubs. The humans are shown to be untrustworthy and kill not for necessity but for sport and greed.

As a result of the hunter’s action on the treasure-hunt safari Kumal starts off as a pet for the hunter but eventually ends up in a seedy circus run by Zerbino (Vincent Scarito), where he is cruelly treated by the savage animal trainer (Maaskri) and forced to jump through a flaming hoop to earn his keep. Sangha lands in the estate of a unctuous French government official (Jean-Claude Dreyfus) who keeps the tiger as a pet for his lonely son Raoul (Highmore). When Raoul’s mother (Beaulieu) gives the tiger the boot when he damages the house furniture, Sangha ultimately ends up as part of a spoiled monarch’s (Oanh Nguyen) collection and will be trained to fight Roman-style in a battle-to-the-death cage match. It leads to Kumal thrown into the ring to fight with Sangha for the amusement of the wealthy spectators.

If shot as a documentary for one of those PBS nature shows, the film would have worked because of the great footage with the tigers. But the contrived narrative that so desperately anthropomorphized their subjects to fit into a pair of human shoes, left me caged in with a hokey story that was far less inspiring than it should have been considering I wholly agree with its humanistic aims. 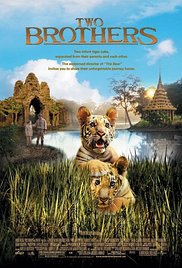 ROOM AT THE TOP

MYTH OF FINGERPRINTS, THE

VERTICAL RAY OF THE SUN, THE