“It’s one of the most likable of all the Westerns directed by John Ford.”

A leisurely paced yet deceptively simple, vigorous poetical epic about a wagon train of about sixty Mormons going over the rugged uncharted prairie, from Crystal City to beyond the San Juan River to the Promised Land of Utah. It’s one of the most likable of all the Westerns directed by John Ford (“The Three Godfathers”/”Fort Apache”/”Rio Grande”), and proved to be one of his favorites. This great film captures the pioneering spirit about as good as any Western ever has. It was shot in Monument Valley, and though short on plot it’s strong on character; it covers in great detail a number of incidents faced by the wagon train. Ford wrote the original story and his son Patrick provided the script along with Frank S. Nugent. Jim Thorpe has a small role as an Indian sitting around a campfire; it was his last role in films, as he died soon after the film was released.

In 1879, the Mormons, led by the hot-tempered Elder Wiggs (Ward Bond), hire two rootless horse traders, Travis (Ben Johnson) and the younger more emotional Sandy (Harry Carey Jr.), to lead them to the Promised Land. Soon the caravan meets up with three stranded members of a traveling medicine show: the flamboyant Dr. A. Locksley Hall (Alan Mowbray), the hammy Florie (Ruth Clifford) and the good-looker Denver (Joanne Dru). Travis becomes smitten with Denver, the worldly show-biz gal who is hard on the outside but inside sits a heart of gold. The Mormons are not happy with these sinners, but allow them to come along until they are fit to go on their own to California. In the meantime, Sandy becomes smitten with Prudence Perkins (Kathleen O’Malley), who is with her Mormon family. Next follows a lively square dance in the middle of the prairie, and the entrance of the dangerous Clegg gang. They are led by Uncle Shiloh Clegg (Charles Kemper), who forces Hall to remove a bullet from his shoulder. Shiloh and his brood of psychopathic sons are being chased by the marshal after killing someone during a robbery. They force the Mormons to take them along. Their trek is broken up by a tribe of Navajo Indians who come along and though friendly to white people are not very trustful of them, and they force everyone on the wagon train to attend a campfire and a ceremonial dance as a friendly gesture. When one of the crazed outlaws, Reese, gets fresh with one of the squaws, Brother Jackson is ordered by the Elder to whip him to appease the Indians so they don’t go on a scalping party. The outlaws become nasty as the party approaches the Promised Land, and threaten to rob all their supplies. They shoot one of the Mormons driving the grain wagon in cold-blood when he’s too slow to respond to their demands. But Sandy grabs hold of a gun he kept hidden from the gang, and kills one of the attacking gang members and Travis jumps in to finish off the rest of the malevolent outlaws. This clears the way for the Mormons to climb over the mountain to Utah, Sandy to kiss Prudence and Travis to drive in the wagon with Denver to California. 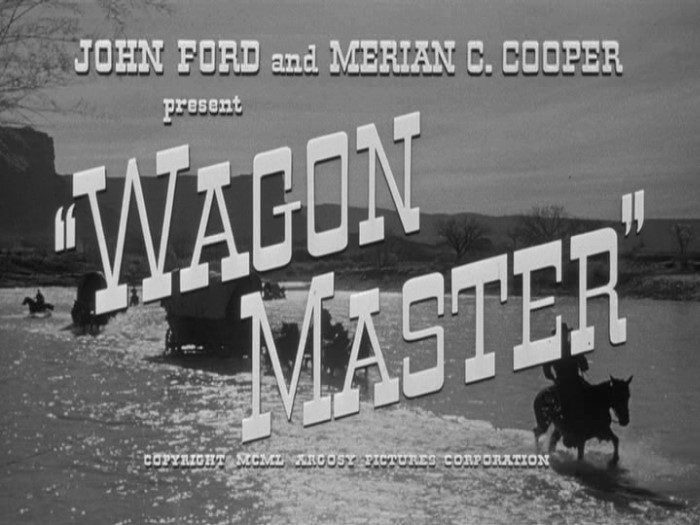