“This psychological horror tale, one of the first of its kind, is both unique and beautifully luminous.”

A mesmerizing film. … Danish filmmaker Carl Dreyer’s follow-up from his masterpiece (but financial flop) “The Passion of Joan of Arc (27).” This horror tale and Dreyer’s first talkie is based on the novel by Sheridan Le Fanu “In a Glass Darkly.” It was shot on location in a Paris castle. The actors were mostly nonprofessionals randomly given parts after their encounters with Dreyer in the streets of Paris. The hero was Julien West, the film’s producer (the Dutch aristocrat, whose real name was Nicolas de Gunzburg, who financially backed the film); the doctor, Jan Hieronimko, was a Polish journalist; Rena Mandel was a French model. The noted professional in the cast was Sybille Schmitz.

In this disturbing film about the horrors of a daydream Dreyer pays attention to the young man, Allan Gray, and his unconscious terrors he’s subjugated to. He is a student of devil worship stopping off at an inn outside of Paris where he becomes acquainted with sisters Leone (Schmitz), who is dying from a strange illness, and Gisele (Mandel), who appears to be held as a prisoner. Both are under the influence of the elderly Marguerite Chopin (Gérard) and a doctor (Hieronimko).

Gray reads the book “History of Vampires” by Paul Bonnard left to him by the sister’s dead father and concludes Chopin is a vampire. With the help of a servant, he stakes her. But Leone appears to die, anyway. Gray proceeds to cross a river by boat in a dense fog with Gisele and reaches the other shore. Everything seems confusing and not logical, as the story is subjective and dreamlike, not following a linear order. For instance, one unnerving scene has Gray being buried in a coffin he can look out at through the glass window to watch his own burial. From time to time, there’s a shadowy character with a scythe (the grim reaper!) and a one-legged man who can only be detected in the dark and who gives off no shadow.

The hazy, grey, disjointed images are very powerful and the close-ups of the participants who are either in fright or leering wolfishly at one another in this dream-like tale, remain scary figures that become etched in the mind. This psychological horror tale, one of the first of its kind, is both unique and beautifully luminous. It is helped greatly by the visual effects from the camera of Rudolph Maté. 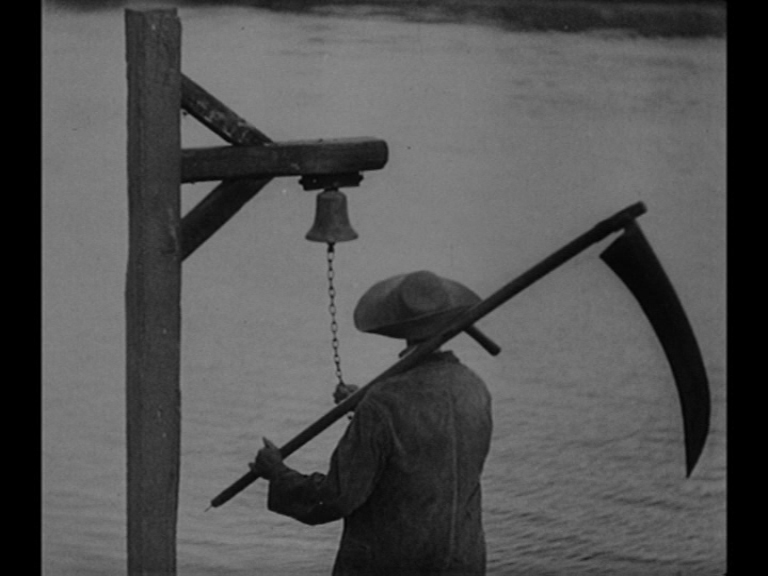