“Deserving of its reputation for wit.”

Ealing studio’s sophisticated droll black comedy about the gentle art of murder is deserving of its reputation for wit, its stiff-upper-lip deportment and its amusing sense of the English elite class, though I think a few opportunities were missed to make it more endearing and visually more pleasing. It stars the talented Alec Guinness brilliantly playing eight different roles as members of the D’Ascoyne family (The Duke/The Banker/The Parson/The General/The Admiral/Young Ascoyne/Young Henry/Lady Agatha), where he’s murdered off in six of his roles and in the other two dies of natural causes. The title is based on a Lord Tennyson poem. Director Robert Hamer (“The Detective”/”The Scapegoat”) is the co-writer (with John Dighton) and director; it’s based on a novel by Roy Horniman.

The plot has the 19th century Edwardian, Louis Mazzini (Dennis Price), avenge his aspiring poor mom’s death, who was snubbed and disinherited by a wealthy titled family because she married poor and for love. With a one-track mind bent on revenge Louis systematically moves up the ladder in his career from a humble draper’s assistant to a partner in a major private banking house owned by a relative, as he over the years eliminates all the D’Ascoyne heirs that stand between him and the hungered after title of the Duke of Chalfont.

The tale is told in flashback, as the aristocratic Louis writes his memoirs in his prison cell where he ironically awaits to be executed in the morning for a murder he did not do. Louis’s childhood girlfriend, Sibella Holland (Joan Greenwood), rejected the poor lad to marry the more promising son of a wealthy man, Lionel, but continued throughout their marriage seeing Louis. When Lionel goes bankrupt and commits suicide, Sibella schemes to have Louis, now next in line to be the Duke of Chalfont and a man of considerable wealth, to be her husband. When Louis insists on marrying the pretty, prim and regal Edith D’Ascoyne (Valerie Hobson), the widow of one of his D’Ascoyne victims, Sibella thereby informed the authorities that Louis murdered her husband because he threatened to inform Edith, and it’s mainly on her testimony that he was convicted. There’s a surprise ending that helps make this one of Ealing’s darkest comedies. 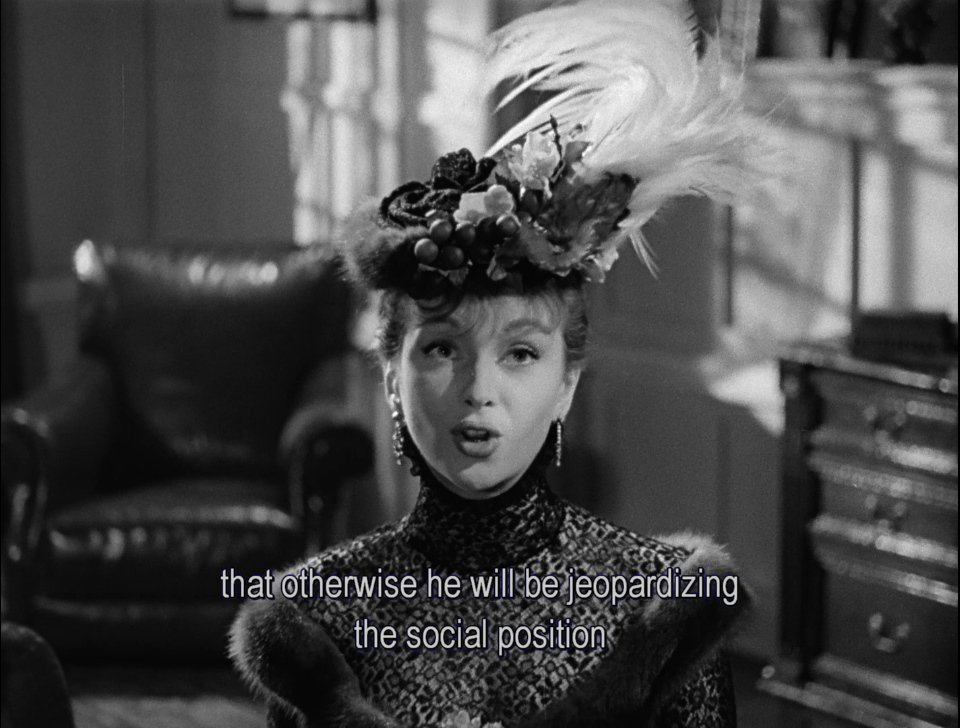