A timeless Little Tramp classic slapstick comedy. The popular movie legend Charlie Chaplin (“The Kid”/”The Gold Rush”/”City Lights”) plays a drifter violinist, who plays in front of a saloon with swinging doors and competes with a four-man band for tips. In the saloon Charlie passes the hat around first and the patrons generously throw in coins thinking he’s part of the band. When the band leader (John Rand) discovers the deception, he chases after the elusive vagabond until he escapes.

Charlie retreats to the country and at a gypsy campsite while playing his violin is attracted to the young gypsy girl (Edna Purviance), who is treated cruelly by the brute gypsy chief (Eric Campbell). The mistreated girl falls in love with Charlie’s music and escapes with him from the camp in a caravan after Charlie comically knocks out with a big stick all the gypsies guarding her. While the couple rest in the country an artist (Lloyd Bacon), unable to get inspired by the landscape, spots the gypsy girl and notices that she has a a shamrock shaped birthmark on her arm. Now inspired, the artist gets her to pose for him and afterwards, back at the caravan, to Charlie’s disgust, they openly flirt with each other. The painter calls his painting ‘The Living Shamrock!’, and it goes on exhibit in the museum before a posh crowd. The gypsy girl’s wealthy mother (Charlotte Mineau) attends the gallery showing and recognizes her long-lost daughter from the shamrock birthmark, and implores the artist to take her where she posed. The rare happy ending for a Chaplin film has the girl discover she loves Charlie more than the artist, and mom takes him along in their chauffeur-driven car. 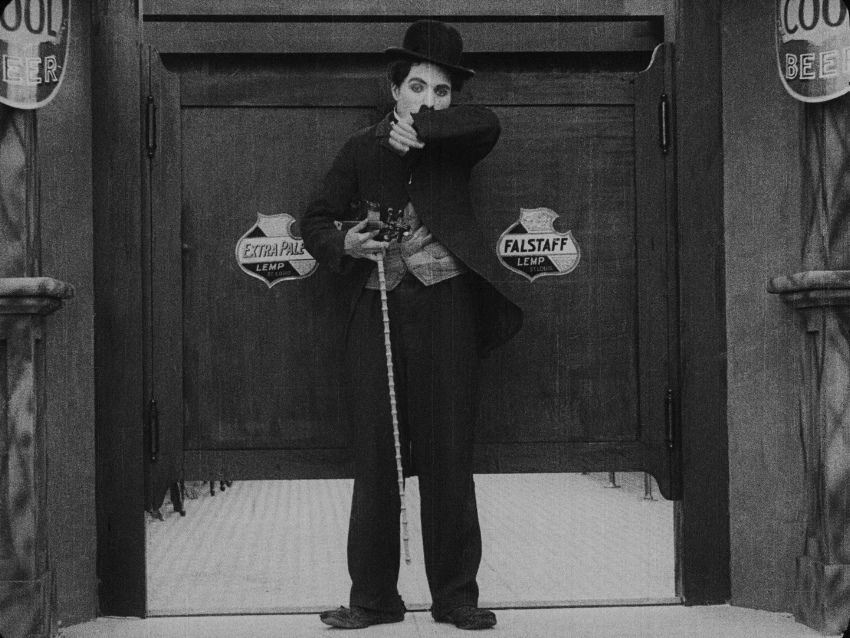