BATTLE OF SHAKER HEIGHTS, THE

The Battle of Shaker Heights is an unappealing melancholy sitcom dramatization made for television that starts off all cutesy and soon folds up like a cheap suit. The sharp-tongued film is written by Erica Beeney and directed by first-timers Efram Potelle and Kyle Rankin. It felt as if a bunch of company suits sat around and spliced together a nonsensical teenage story so that it could safely reach a target audience. It tried too hard to shoot for comedy–something it just couldn’t successfully manage to pull off. The filmmaker failed to make a personal statement, leaving it instead with a falsely sweet and empty feeling. Also, the film felt leaden and was filled with tedious cliches. “Shaker Heights” started with a bright idea about play-acting, but did nothing except use it as wallpaper for the teenage story and the film as a result quickly lapsed into formulaic and predictable teenage storytelling. It didn’t help that the star Shia LaBeouf was so obnoxious and one-tone in his emotions. Shia was so unappealing and his lack of acting skills made that even more telling, as he couldn’t get this viewer to give a darn about what was happening to him. As a coming-of-age adolescent genre flick it doesn’t come close to the far superior Rushmore, which similarly casts a confused teen lead. “Shaker Heights” is a product of Matt Damon and Ben Affleck’s Project Greenlight. The Erica Beeney script won the HBO’s Greenlight contest in a field of 7,000 submissions to get a low-budget film made, but the Miramax corporate types were not satisfied and forced the HBO sponsored film to be edited and dumbed down before releasing it in its bastardized version.

The film is set in the upper-middle-class Shaker Heights, a suburb of Cleveland. Kelly Ernswiler (LaBeouf) is a 17-year-old attending the local public high school even though he lives just outside of Shaker Heights. As a hobby the fast talking wise guy attends battle reenactments and, in keeping with his passion for the military intact, rides a Jeep. Kelly also works as a grocery stock boy on the night shift, where his co-worker and fellow high school student Sarah (Appleby) has a crush on him but he avoids an intimate relationship even though she seems his type.

The film opens as Kelly’s in a re-enactment of a World War II battle scene, where he meets rich boy Bart Bowland (Elden Hensen) when he saves his life in a ‘virtual reality’ way. Bart attends the private high school and is also a military buff and a father’s boy. Invited to Bart’s huge house that has an iron gate at the entrance, Kelly takes in his proud father’s fabulous old collection of war memorabilia and his newer collection of nesting dolls. Bart is troubled because his overbearing dad wants him to go to Dartmouth while he wants Middlebury. Kelly’s problem is that his recovering ex-junkie father (Sadler), now straight for the last 5 years and running a charity drug center residence, has spent his college fund money on his drug habit and therefore Kelly has no clue on what he’s to do after high school. Kelly’s flighty artist mom (Quinlan) gave up her artist career and now has Chinese immigrants who live in their house create paintings to sell at starving artist sales, which support the family.

Two other contrived and feeble subplots are thrown into the mix. At school Kelly, always acting superior, corrects his dull history teacher Mr. Norway for teaching a watered-down G-rated Civil War course and is sent to the principal’s office for a lecture. When she throws up her hands and asks “How am I going to get through to you?”, he responds “Well, advertising executives often use sexuality to appeal to my demographic.” Mr. Norway’s son Lance, the self-satisfied school bully, starts picking on the loudmouth nerdy Kelly after that incident even more than he did before. After Lance takes Kelly’s precious army WW11 cap and roughs him up, Bart gets a number of his play-acting friends to pull an army manuever to get revenge for his new friend. That was one dumb and unnecessary scene of controlled violence. The other subplot involves Kelly unrealistically falling for Bart’s attractive but unavailable older sister Tabby (Smart), a Yale graduate, who is shortly set to marry corporate stud Minor Weber (Mount). The film spent a lot of time with this obsessive romantic interest on Kelly’s part that leads to an inappropriate kiss in order to preach about growing up pains. Some painless lessons sink in after a few uninteresting episodes and it all comes together in the end for the pushy Kelly. His approach to life, viewed as if it were a battleground and that he must bullshit his way through it, undergoes a drastic change. This negative attitude is reversed when he’s forced to move on and re-evaluate his life. 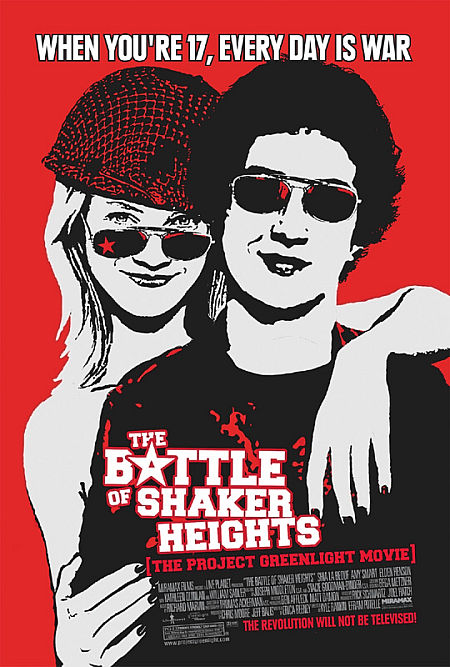 LOVE AND PAIN AND THE WHOLE DAMN THING