“Imaginative satire of the American Dream.”

A low-budget (made for 20 million dollar) imaginative satire of the American Dream told as a psychological horror thriller. It’s inspired by the 1959 TV episode entitled “Mirror Image” from the Twilight Zone.

Writer-director Jordan Peele (“Get Out”) seems to delight in telling this unnerving other-world horror story that encourages the viewer to figure out by themselves what the strange images that keep cropping up may mean in its deeper meanings. It’s something Kubrick did in The Shining. The beguiling horror movie also reflects on where we are in America as far as a unified society and how far away we still may be in patching up our rocky past over diversity issues.

The Wilsons are a black middle-class family, consisting of the husband Gabe Wilson (Winston Duke) and his wife Adelaide (Lupita Nyong’o) and their children (Evan Alex and Shahadi Wright Joseph). They are on holiday at their lakefront vacation beach house in the resort city of Santa Cruz, California, and spend a day at the beach with their tipsy white yuppie friends, the Tylers–the wife (Elisabeth Moss), the husband (Tim Heidecker), and their twins (Cali Sheldon and Noelle Sheldon). When darkness falls, they return to their beach house and are confronted by a red jumpsuit wearing silhouette of four figures resembling them, who are holding hands as they stand in the driveway. The doppelgangers are also played by Nyong’o and Duke. For starters, the home intruders break down the Wilson’s door and threaten their lives.

Things will get even darker as we get into the night. It turns out these are the same doppelgangers that Adelaide saw as a kid in Santa Cruz in 1986 (with the teenager played by Madison Curry), some thirty years ago, at an amusement park’s ‘house of mirrors.’When Adelaine asks them who they are and the doppelganger replies, “We’re Americans!” Long-winded explanations will come in the third act to clear things up. As far as I can gather, Peele is implying that these “others” are immigrants and that we’re looking at the enemy every time we look in the mirror and see ourselves. In other words, if that makes sense, we are always are own worst enemy and that makes us vulnerable to an evil from within.

The ambitious allegory, a high concept film, maybe was a little too ambitious, but I can’t argue with its suspense or the way it questioned the way we see ourselves. Peele has said the film is not about race, but it seems race does play some part in it as evidenced by casting a black family as the lead. 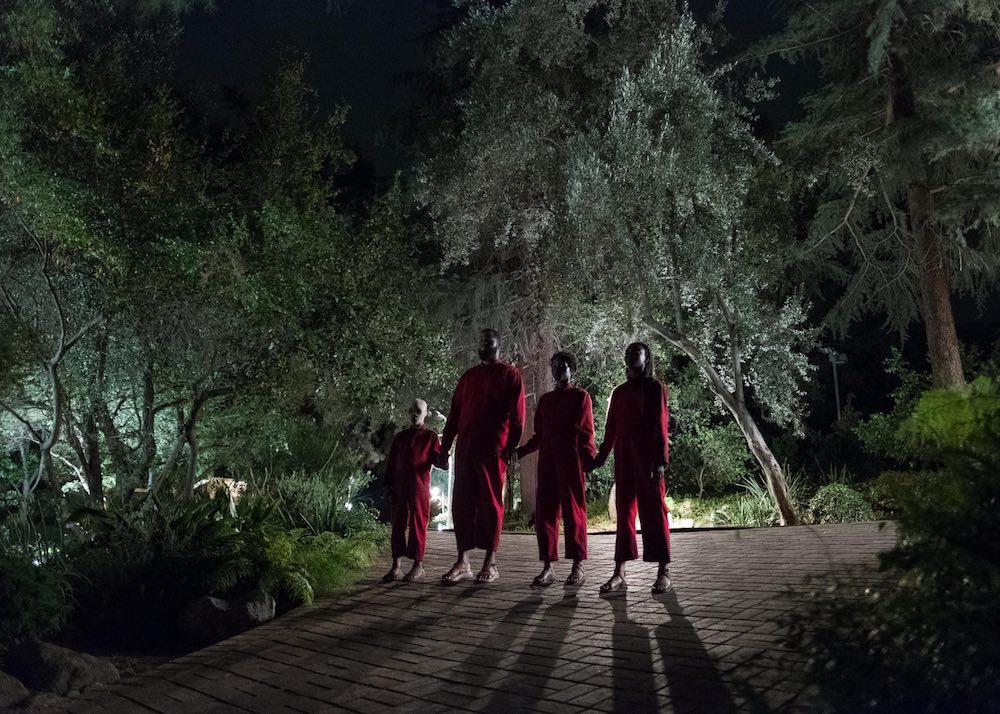