French writer-director Benoît Jacquot(“Tosca”/”Sade”) helms this uneven disturbing arthouse psychodrama. It’s co-written by Julien Boivent. Only its sylvan visuals appealed to me. It’s set in 1865 in the south of France.The magical lunatic disheveled drifter Timothée (Nahuel Pérez Biscayart) turns up in a village in the south of France and pretends to be deaf and dumb to get a free meal from the generous doctor Hugues (Bernard Rouquette). He soon claims to be the son of God and casts a spell on Josephine (Isild Le Besco), the doctor’s sleepwalking daughter. She now willingly follows his commands. Paul (Mathieu Simonet), her lovelorn poet admirer, is impressed by Timothée’s magic tricks. The drifter brutally rapes Josephine and flees deep in the woods with the vic in tow. Eventually the law nabs him, and we’re left wondering about the hypnotic hold he has on her. The courtroom climax provides no answers.Jacquot seems uncertain as to what he wants to say, as he can’t even tell us if the girl was raped under hypnosis or willingly enjoyed being with a wild lover. It was an unsatisfying and unpleasant watch, that might be offbeat but not necessarily something special. 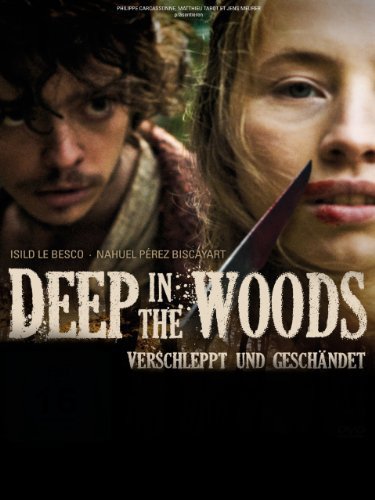