“Somber low-budget psychological thriller that doesn’t kick in with much of a splash until the climax.”

Somber low-budget psychological thriller that doesn’t kick in with much of a splash until the climax. Lawrence Huntington (“The Franchise Affair”) direction is undistinguished but he seems inspired by Hitchcock’s Spellbound. It’s based on a story by James Mason, who will soon become a recognized international star. Mason’s the star, the narrator and along with Sydney Box the co-producer. Mason’s wife Pamela (aka Pamela Kellino) is the co-writer and co-star. The slow-moving melodrama is saddled with too many flashbacks, unbelievable plot devices (the killer surgeon opens the film giving a lecture as an expert on criminology and the topic is an actual murder he committed) and an unfitting title.

Dr. Michael Joyce (James Mason) is a prosperous workaholic London brain surgeon who operates on adolescent Ann Wright (Ann Stephens) to save her from blindness. Her grateful mother, Emma (Rosamund John), and Michael become close friends during Ann’s recuperation, but the romance never becomes intimate as both are trapped in loveless marriages. The dutiful upper-crust Emma’s husband is out of the country but suddenly returns and she decides to completely break off her relationship with Michael, and they vow never to meet again. Soon Michael learns that Emma mysteriously fell from her country house high window after a visit from her wealthy but greedy sister-in-law Kate Howard (Pamela Mason). The inquest rules it as an accidental death. Michael investigates and suspects a jealous Kate pushed Emma out the window, and vows revenge. After dating Kate, he pushes her to her death from the same window and stuffs her body in his car trunk. On the foggy country road to dispose of the corpse, he’s stopped by surgeon Dr. Farrell (Brefni O’Rorke) and is called to the home of a dying child involved in a car crash. Rather than ignore his Hippocratic oath, Michael unwisely leaves his car unattended to treat the child. After successfully operating on the girl, Michael is guilt-ridden and fears he’s losing his sanity, and things end tragically for him as he drives to the Dover coast and peers down those cliffs.

I could never see the point of the melodrama. The positives are that the psychological break down seems genuine and Mason gives his usual suave performance over such an ambiguous character. 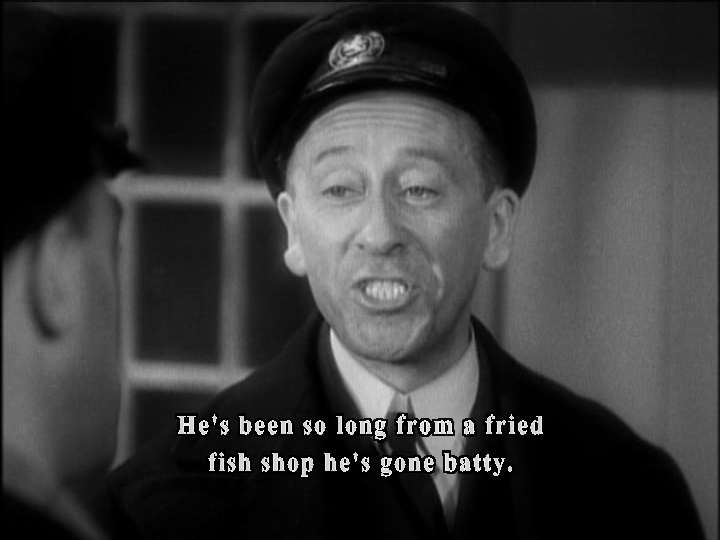