“A wry social commentary about contemporary life for those caught up in celebrity.”

Michael Wranovics (a Stanford MBA) gets into the batter’s box to belt out a diverting documentary that replays the sorry chapter of the sixteen-month court battle between two spectators, health-food restaurant owner Alex Popov and young engineer Patrick Hayashi, claiming possession of the ball that San Francisco Giants slugger Barry Bonds hit to set the Major League record of 73 home runs on October 7, 2001. The Mark McGwire ball from the previous record of 70 set in 1998 fetched $2.7 million at an auction, so the two fans greedily expected a lottery-like payoff for the ball (which turned out to be considerably less profitable at $450,000, which couldn’t even cover lawyer fees). It turned out the lower money for the ball could be attributed to the following reasons: McGwire was more popular than the egotistical and self-absorbed Bonds, the new record came so fast after the old record was broken and the country was preoccupied with 9/11 that occurred a month earlier and that incident was about to lead the U.S. into a war in Afghanistan.

In Pacific Bell Park’s “Arcade” area between the right-field stands and the wall over McCovey Cove, Hayashi emerged from a bunch of scrambling fans with the ball but Popov claims that he caught it in his girlfriend’s baseball glove and the ball only came loose when other fans punched it out and Hayashi allegedly bit Popov. This version was corroborated by a number of eyewitness accounts and a spectator’s video file tape, but Hayashi refused to give up the ball and a year later it wound up in court. The judge, in a Solomon-like decision, ruled a split decision and gave them an equal share over the ball.

The incident turned into a media circus with Popov enamored with being in the spotlight and Hayashi doing quite well once his lawyers waived their fees and he’s able to turn in a nice profit, as most people got turned off by the egotistical Popov and rooted for the more unassuming Hayashi who wisely learned to steer clear of the media.

The subject matter really didn’t interest me, but to Wranovics’ credit he made it a wry social commentary about contemporary life for those caught up in celebrity and hanging on by the coattails of the famous to have their fifteen minutes of infamy. A more interesting story, though, might be the recent steroid scandal and if American pop culture heroes McGwire and Bonds records are tainted in ways previous home run record holders Babe Ruth and Roger Maris never were (the presence of Maris posing with a Brooklyn fan who caught his record 61 home run in 1961 and telling the young man, who wanted to give him the ball, to sell it and make as much as he could from it–which turned out to be $5,000–signals a nostalgia for a more innocent past). 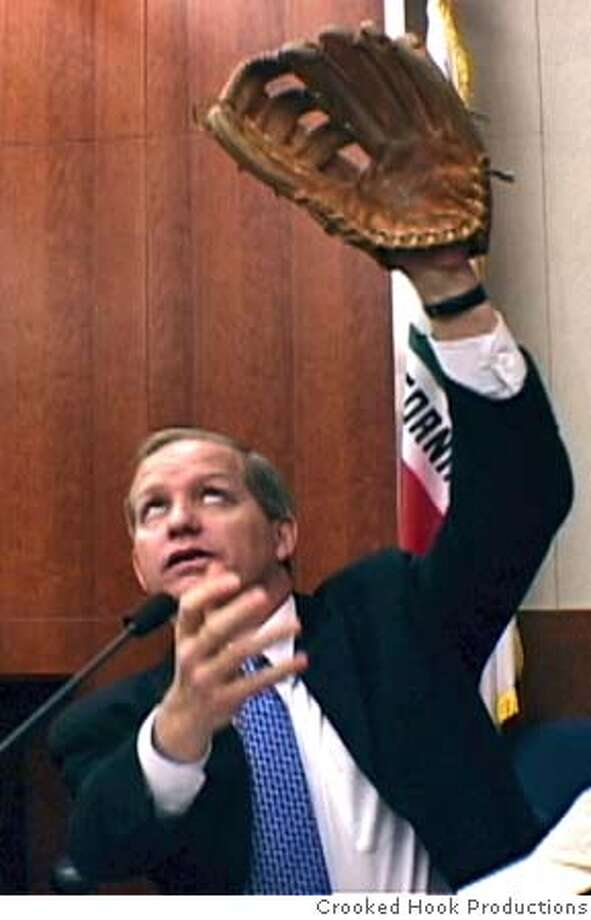